I’ve just checked out Trip Advisor’s Top 25 Landmarks in the World, as voted for by readers. I’ve only been to 8 of them. I’m sure it was a fair vote, but come on, seriously? The Canberra War Memorial? I’ve been, it’s very good, I’m not knocking it. I wonder how it got on that list of global best landmarks when Uluru didn’t appear?

So I decided to do my own, based on the places we’ve been, obviously. The places we’ve been are the places we most wanted to go, so there’s a kind of natural global ranking thing going on in that demographic. This is an old post and since publishing we’re visited many more incredible places and seen world landmarks far less visited.

If I was writing this list today I would att The Tiger’s Nest in Bhutan, The Potala Palace in Lhasa Tibet and, of course, Mount Everest. We’ve been to all these places but many don’t. That’s why they don’t make it onto Trip Advisor’s lists. Our list of top landmarks here must be a sort of basic guide, for new travellers, as we were back then.

Our favourite places, in the world, with apologies to all the places we haven’t visited yet. We’re just a travel blog, not Trip Advisor, but my opinion is genuine and can’t be manipulated.

The Top 15 Landmarks in the World According to Us.

I can agree with the Trip Advisor readers on this one. Machu Picchu is stunning, so remote, so fascinating and its discovery was so incredible that it has to be our number one. We did the Inca Trail hike and topped off the trip with an engagement at Machu Picchu, both were great experiences.

Niagara was really impressive, maybe more so for us because we saw it frozen. I’m not normally into waterfalls but this one was stunning. I think I need to take myself off to Africa and South America to see the other big players.

The Grand Palace in Bangkok

This, for me, is the most beautiful, spectacular, stunningly gob-smacking, incredible building, or complex of buildings, in the world. If I could take a non-traveller somewhere to really open their eyes as to what they’re missing out on, this would be it.

Yes it’s hot and crowded, but if you’re in Bangkok and you don’t go here, you need your bumps feeling.

It’s out of this world. Doesn’t that skyline just draw you in to explore further? Down on the ground the fine detailing will blow you away.

How was this not on the list and the Canberra War Memorial was?

Uluru is difficult to get to, and expensive, so not so many people go. That is what probably keeps it off the Trip Advisor list. We’ve been and it totally worth the days on a train, long drive from Alice Springs and nights in a freezing tent. It’s not just a landmark, it’s a spiritual event. We didn’t climb. For more things to see and do in the Northern Territory of Australia, see our post.

Angkor Wat, Cambodia, was on the Trip Advisor list too. No argument here. You can’t have any sort of list without mention of the largest religious monument in the world.

The Bayon temple is just up the road, I wouldn’t really have them as two separate entries as Trip Advisor does. Anybody visiting one, will see the other. The Bayon is my personal favourite part of the Angkor complex.

One of the best museums in the world and a beautiful building.

I tried to think of just one part, place, or building that I could list for London. After all, everyone should see London, she’s rather special.

Other than the South Bank and the views from there, this is it for me, this is London, history, beauty, knowledge, class, style and free admission.

The Pyramids at Giza

It’s a Wonder of The World, the ONLY one remaining. That is enough. To see the tops of the pyramids appear above the Cairo skyline was stunning, I actually love that they are so close to the modern, bustling city, the juxtaposition of city and history is pretty cool.

We would love to go again, and take more photos, I have none from our first visit. Instead, meet Alaska, he was my camel. ( But we have plenty from our second visit to Egypt, with kids. See our amazing view of the pyramids here)

We’re not as into Malaysia as some, but the Petronas Towers in Kuala Lumpur have got a particular wow factor. Today I’d maybe pick the Burk Khalifa in Dubai as my favourite impressive tall building but Th Petronas Towers still have a strong pull.

The Great Wall of China

Because the Great Wall of China is one of those amazing places that makes you pinch yourself to see if you’re dreaming. China is one of the very few countries where I’ve had that “I can’t believe I’m here.” feeling.

Got to give my home turf a plug. The GBR is insanely vast. It’s probably not the best diving or snorkelling in the world and you can’t really appreciate it unless you see it from the air, but the reef is so incredible and the experience of visiting the reef for the day is so unmissable, that it has to be on our list

You can read about visiting all 4 Disney parks in Florida in one day here.

I don’t think I’d even heard of Tikal before we arrived in Guatemala last year. Central America isn’t my forte, but this was stunning, particularly as the complex is still deep in the subtropical rain forest and rich with wildlife. It was a great day out!

I was going to pick one, but I couldn’t. The forts, palaces and walled cities of Rajasthan in India are stunning. But what about Varanassi, maybe I should have picked that instead? Maybe the Golden Temple of Amritsar, these choices are so hard.

We haven’t been to the Taj Mahal, maybe we will next year.

How did none of these make it to the list? A visit to Moscow is an incredible experience and not on the usual tourist trail, all of these fascinating landmarks are within view at once from Red Square.

If you haven’t been, go. St Petersberg seems to get more love than Moscow, it made it to the Trip Advisor list.

I’m including Sydney Harbour Bridge, Sydney Opera House and Circular Quay as one item, they’re all part of the harbour experience. It’s lovely to be near the water in Sydney on a beautiful day.

Stonehenge tip, you can get this view from the road, there is a visitor’s centre at the site now, you have to pay to get close to the stones. If you want to get closer to prehistoric rocks go to Avebury, it’s nor far away, it’s a bigger site and there is no admission fee. See this post for more information.

You have to see Stonehenge, even from this distance it’s worth the drive. I’ve never actually wanted to get any closer.

Why am I publishing this post? Have I so totally disappeared up my own backside that I think anybody cares what I think? No, not really, I just haven’t published a post in over 2 weeks and this post was sitting semi-written , in the “draft” folder, started and abandoned like the other 65 in there. I’m not being a very good blogger lately, I’m lost in a world of procrastination and Pinterest ( Pinterest is my new passion, go have a look at our boards if you’re a fellow addict), normal service will resume shortly, I hope!

So anyway, if you’re here, you read the post. What do you think, anything you’d add or remove? Put it in the comments, I’m all ears. 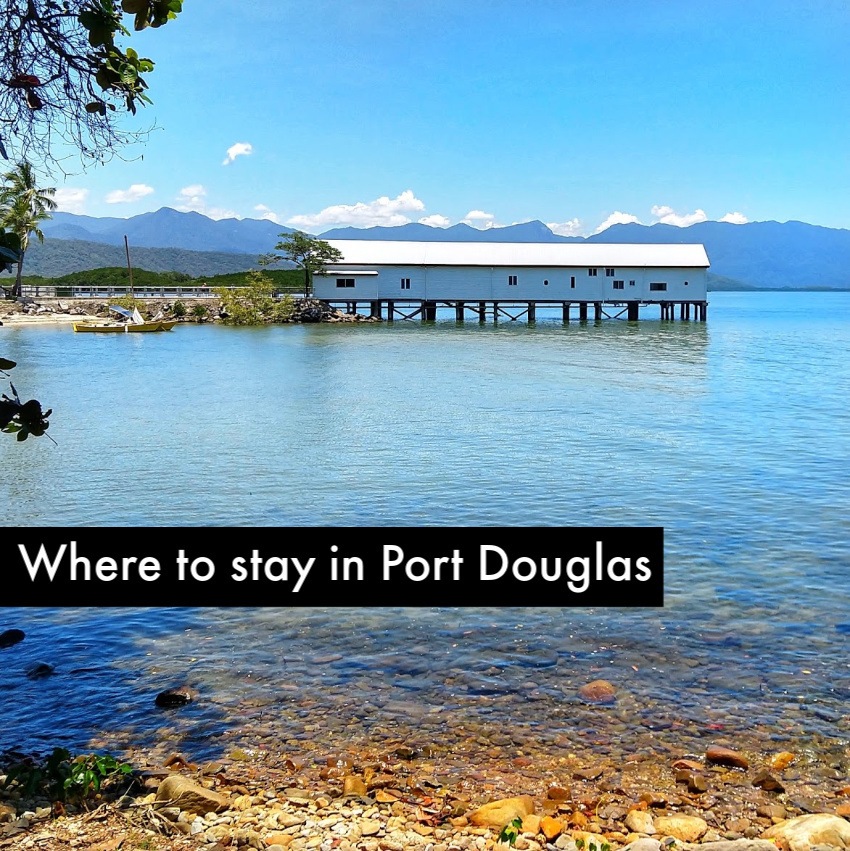 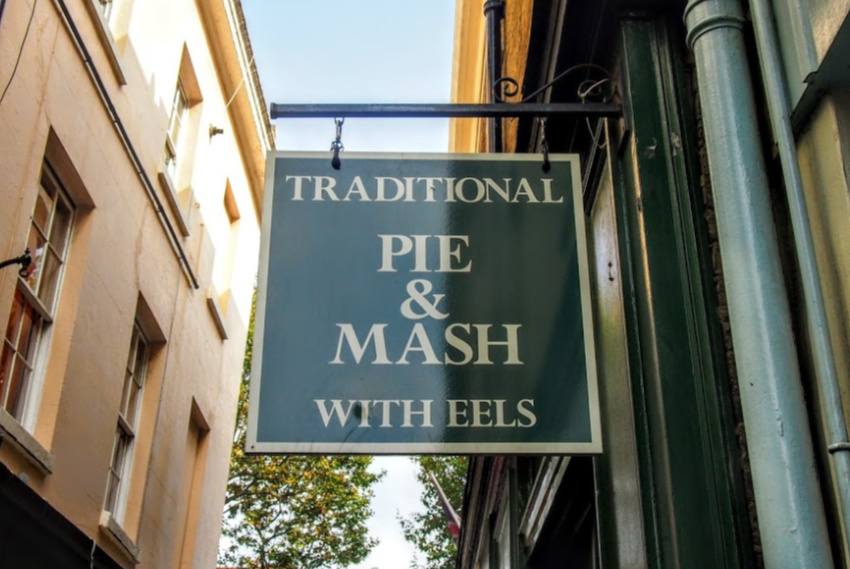 I drove a road-train from Perth to Melborne and stop at the Great Australian Bight. You have to walk down from the parking spot but once you see it. WOW still my favourite sight in the world. Also Kimanawa National Park, in New Zealand. I helicoptered in with my father hunting and the view from the tops is amazing.

I remember thinking how cool it was when you got to see Niagara Falls frozen, it just made it seem even more spectacular. Machu Picchu is high on our bucket list, but there are so many other cool spots in this list as well!

I've been to 4 of your choices in Thailand, India, London, and Egypt and I totally agree with the other ones LOL! Sometimes it's what WE want to see that's important rather than what we ought to see and how could they have left out Moscow? Nice one Alyson!

I'm guessing they didn't include Moscow because no-one really wants to be friends with Russia right now :) Totally agree with Angkor Wat and the GBR; I'm itching to go to Machu Picchu, Niagra Falls and Uluru. In my list I'd definitely have the Batad rice terraces in the Philippines - the most stunning place I've ever been. I would highly recommend it if you get to the Philippines next year :)

I would put Iguaçu-Falls on the list, and Etosha, and Mount Kinabalu, and the Namib desert.

I can't immediately think of anything european ... but I guess the Sixtine Chapel was quite amazing - and Versailles could get a place on our list as well.