Many people are unclear on where Nepal is located. Nepal is a country in the Himalayas, it is in the continent of Asia and shares borders with India to the south, east, and west, and China (Tibet) to the north. Being part of the Indian Subcontinent, it is considered to be in the region of South Asia. Nepal is not in Southeast Asia but is a popular tourist destination for many reasons. This post covers Nepal, it’s location and facts related to Nepal’s location and geography. Nepal is one of our favourite countries in the world and we have visited many times, we can share first-hand experiences with you as well as information.

The Himalayas mark the northern extent of the Indian subcontinent. They divide the Tibetan plateau from the alluvial plains of India. As Nepal lies on the southern slopes of the Himalayan ranges, it is usually considered part of this subcontinental region. Indeed, some parts of Nepal, in the south, lie on this flatter Indian plain region. This area is sometimes called the Terai.

Contents show
1. Where is Nepal?
2. Where is Nepal on the Map?
3. Nepal is a Country
4. Nepal and Bhutan Location
5. Nepal and Tibet
6. Crossing To Nepal By Land
7. Is Mount Everest in Nepal or Tibet?
8. Top Places to Visit in Nepal

Don’t be embarrassed if you don’t know where Nepal is on the map, it’s very common to not know. Nepal, Bhutan, and Tibet are a mystery to a lot of people, I’ve met many who don’t know.

Nepal is a small country, landlocked, fully enclosed by India on three sides, and the huge mass of China to the north. West to east, Nepal is approximately 800 Km or 500 miles across. Nepal’s width is in the range of 90 to 150 miles.

Where is Nepal on the Map?

We made this map of Nepal for you to use. You can scroll around, zoom in and out. Nepal is north of India, south of China.

Nepal is a Country

Nepal’s full name is the Federal Democratic Republic of Nepal and it is a sovereign country.

Nepal and Bhutan are separate countries and lie close to each other in the Himalayas to the north of India, but they do not share a land border. The distance between Nepal and Bhutan is just 433 Km as the crow flies.

It is possible to fly to Paro, Bhutan, from Kathmandu, or travel by road through India to reach Bhutan.

Nepal and Tibet share a border and it’s possible to travel north into Tibet from Kathmandu Nepal by road or by air. This is a popular way to travel in Tibet for mant tourists.

The earthquake in Nepal caused damage to the usual road to Tibet but other routes are available, they simply take longer.

Tibet used to be a country in its own right, today it is part of China and is known as the Tibet Autonomous Region.

Crossing To Nepal By Land

Although Nepal is a very mountainous country, yes, it is possible to cross into Nepal by land from both India and China. In fact, there are multiple border entry points where buses, jeeps, and other vehicles can transport passengers and goods to the border, or even over the border into Nepal.

There are no railway lines in Nepal currently, so travelling to Kathmandu from India by train is impossible. However, there is talk of extending Chinese rail links into Nepal.

Is Mount Everest in Nepal or Tibet?

Mount Everest is in both Nepal and Tibet (China). The most popular Everest Base Camp trek is in Nepal, the usual starting point is Lukla airport, however, there is an Everest base camp trek on the Chinese side of the mountain too. The summit of Mount Everest sits on the border between Nepal and the Tibet Autonomous Region, it is visible from the road on the Chinese side, the Nepali side is far less accessible.

Top Places to Visit in Nepal

Now you know where is Nepal, you may want to know which cities, attractions and other places of interest are in Nepal. Nepal is a huge tourist destination country, of course, many visit for the numerous world-famous trekking routes in Nepal. Popular routes include Everest Base Camp, The Annapurna Circuit and Poon Hill. Kathmandu has plenty of famous places to see, such as Swayambhunath, Freak Street, the Thamel area and Boudhanath. Near Kathmandu, you will find Bhaktapur and Nagarkot, explore deeper and you could reach Pokhara, Lumbini or Chitwan in the south of Nepal, famous for tigers. There are many things to do in this wonderful country.

I hope you found our post explaining where Nepal is located useful. Did we fully answer your question? Where is Nepal located? Geography is a passion of ours, we travelled with our kids in part, to demystify the world’s locations. If there’s anything more you’d like to know about Nepal or any of the Himalayan kingdoms and countries mentioned above, you should be able to find it on our website. If not, ask in the comments. 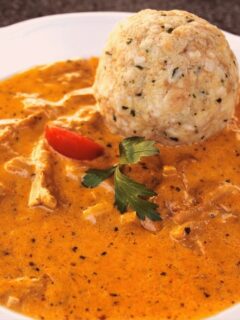 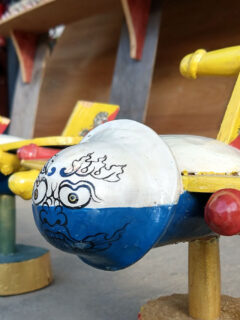 Next
Bhutan and the Sacred Phallus
Click here to cancel reply.

Nepal is a great country. Love from Nepal ❤️

Thanks a lot to describe our country nepal,your all words are amazing .jay nepal heartly namaskar.

You absolutely right sir. Thank you so much to introduce my country in the world.

U failed to describe Nepal. Not informative at all

What information about Nepal were you looking for? The title of this post is " Where is Nepal?" There are at least 20 other posts on this site about Nepal.

Mount everest is only located to nepal ok not tibet(china)