Ripley’s Believe It or Not New York. What Did We Think?

This morning the boys and I went to Ripley’s Believe It Or Not New York,  just off Times Square in New York City. I’d never been to a museum like it before and I really didn’t know too much about it. We loved it!

I thought it would be about Guinness World Record breakers mostly. It sort of was, but much more besides,  I had my eyes opened just a fraction more, yet again. You can book your Ripley’s New York tickets and find out more about their dozens of global sites here.

While the kids were marveling at 2 headed lambs and 6 legged cattle I was reading up on this guy Ripley.

Ripley of Ripley’s Believe it or Not

Robert Ripley was an American cartoonist. anthropologist and entrepreneur. He published his travel journals and collected odd and unusual artifacts from around the world. Does he sound a bit like a travel blogger to you?

I’m no cartoonist but I certainly like to share visuals through photos and the odder the experience the better the post, generally. I always say that we travel to find the different, I think Ripley was of a similar breed.

Ripley made his first trip around the world in 1922 and visited over 200 countries, no mean feat in those days. After his trip to Asia in 1932 he opened his first Odditorium in Chicago.

I’m sure he would have been a travel blogger if he was around today.

Are We Doing What Ripley Did by Travelling and Collecting Memories?

Touring the New York Ripley’s Believe It Or Not this morning I recognised exotic items similar to those in my own home.

A Ganesh statue from India, a dorje from Tibet and representations of long-neck Padaung women From Thailand.

There were also items that I’d love to get my hands on, Chinese lotus blossom shoes to fit foot-bound ladies, Tibetan skull cap trinkets, and musical instruments.

Ripley and his organisation clearly share a lot of my interests, piercing, tattooing and body modification, sharks and shark attacks, dinosaurs, and shrunken heads. OK, not shrunken heads so much. I wouldn’t want one of those, but they were pretty amazing. Incidentally, years later, we actually stayed with the head hunters of Borneo, deep in the jungle in their longhouse. I was glad we’d already seen shrunken heads,

Some of the more macabre displays totally turned me off. I ushered the kids through the torture implement section, that stuff turns my stomach, but on the whole, it was quite an interesting little museum. I suppose it is a museum, of sorts.

I’m not going to particularly recommend it to you, some people would find it interesting, others wouldn’t. The kids loved it, particularly the rotating black hole attraction and the laser maze where they skipped through laser beams ninja style.

But on a snowy, freezing New York day it got us out of the cold and was something completely different. There I go again, travelling to find the different, it keeps on cropping up.

Ripley’s Believe it or Not are a worldwide business with museums and aquaria in many countries, there are, (or have been, check for closures) in the following cities and countries.

A year or so after visiting Ripleys Believe it or Not museum New York, we visited Ripley’s in London, on Picadilly Circus. The two are quite different and don’t think that if you’ve seen one, the others aren’t worth bothering with. My children would love to spend all day every day in those laser and mirror mazes. The older my kids become the more educational Ripley’s museums seem. 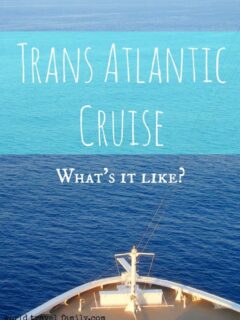 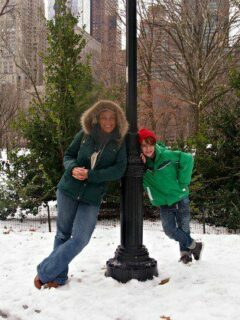 Next
New York on a Budget. Four Days in New York
Click here to cancel reply.

Hi, loved reading your blog on Ripley's Believe it or Not! So do you recommend paying the $ 32.61 fee to enter this establishment? I have already visited the one in London so I don't know if its something I should do when I'm in New York this Christmas. Thanks!

I've been to London and they're very different. I think the London one has shut down now though hasn't it? If you liked the London one, yes, go. We only went because it was so cold outside and it really surprised us how good it was.

I would never have given Ripley's a second glance, but now I think my daughter and I would enjoy it; the "different" as you say. Thanks!