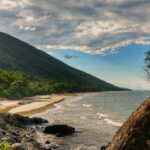 The only way to get from Cairns to Port Douglas is by road (unless you want to take a helicopter or charter a boat) and it’s officially one of the most beautiful drives in the world. The Captain Cook Highway between Cairns and Port Douglas hugs the coast offering stunning views of the Coral Sea. Along the way, there are beaches and tourist attractions that you may like to explore. They are in our post. Our post first deals with how to get from Cairns to Port Douglas and places to stop or visit, viewpoints along the way, and more.

Travellers staying in Port Douglas, the picture-perfect town, will arrive into Cairns by air, road, or rail before making their way 65 km north along the Captain Cook Highway.

Port Douglas 2020 Update. We are in Port Douglas right now (February 2021) so we’re able to tell you that things are opening. Most restaurants are open with limited numbers. You’ll probably need to book. Some boats are running to the reef and Port Douglas Markets opened with bigger spacings between stalls. The beach is open, of course, and stinger season is here. The beach can be closed to swimmers sometimes in bad weather or jellyfish or crocodile emergencies.

The Captain Cook Highway is a single lane winding road with two overtaking lanes between Palm Cove and Port Douglas. Drivers should take care, especially in the wet season when it can be quite dangerous.

Port Douglas has neither a railway station nor an airport but don’t worry it isn’t far and below I’ll cover the quickest, cheapest, most luxurious, budget and comfortable ways to get between Cairns and Port Douglas. You may have seen a train line and stations marked on some maps, these relate to cane trains and the Ballyhooley steam train. We haven’t seen this train running in months. St Crispin’s Station is a very nice cafe.

There are numerous private transfer companies that run services between both Cairns and Cairns airport to Port Douglas. Prices vary and you can expect to pay maybe $150 for a transfer per vehicle or $60 per person . This will be more if you want a luxury car or limousine, which isn’t uncommon for Port Douglas visitors.

Private transfers need to be pre-arranged and your driver will meet you at the airport terminals or in Cairns city.

Port Douglas Private Transfers, as their name suggests, is another company that will offer transfers from Cairns and Cairns Airport to Port Douglas.

If you’d like to book a transfer online, try this link. This company will also take you from Cairns to Port Douglas and back again, after time to take a look at Port. You can check out the prices and schedules here.

The most expensive way to get between Cairns and Port Douglas, flagging down a  axi, isn’t one I’d recommend.

For the cost and comfort you’re much better off with a private pre-arranged transfer.

The plus side is that you can flag down a taxi or walk out of the airport and be on your way instantly. If you don’t know what time you land or need to leave then this is a good option.

Expect to pay upwards of $200 with airport taxis having a premium added to the basic fare.

Unfortunately the public buses from Cairns only run as far North as Palm Cove which isn’t particularly helpful in getting to Port Douglas.

They do cover  all of Cairns Metropolitan areas from Palm Cove to Gordon Vale but that’s all they do.

Children are normally free up to 3 and then child rate to 12 years but check as each operator can be slightly different.

Several companies run shuttle services with some having a fixed timetable, others offer services on request.

SR Transport and Coaches offers mini bus transport between Cairns Airport and Port Douglas. This is on request and is best booked at least a day ahead of your travel.

BTS Port Douglas buses offers a set service between anywhere in Cairns and Port Douglas. BTS also services Hartley’s Creek Crocodile farm and runs tours to the Daintree Rainforest. With a set schedule this is probably the easiest bus to catch if you’re not sure exactly when you’ll be travelling. During busy holiday periods the popular times such as early morning and afternoon will fill up fast.

Uber in Cairns or Port Douglas

Uber still isn’t very big in either Cairns or Port Douglas compared to other places. While you can probably get an Uber in either, catching one between the two won’t be an easy feat especially if you’re just arrived at the airport and expect a quick transfer.

The cost is significantly less than a taxi if you can arrange one. Expect to pay between $130-$160 depending on the time and day of the week.

Car hire or rental offices closed during the lockdown, mostly, and not all have re-opened as yet. We use Budget in Port Douglas most often and in September they were still closed. You’ll need to check the situation with car hire very carefully as we ease back to normal.

There is a branch of Europcar at Cairns Airport in the terminal building.  Check their options here. There is a Sixt Car Hire office just outside the airport too, with shuttle bus for customers.

If you don’t want to hire a car straight off the plane or from Cairns don’t worry as Port Douglas has 5 different car hire companies at last count, both international and local companies, that can assist if you need a car later on. We have a full post on car hire in Port Douglas here.

Thrifty, Avis, Budget, Paradise Wheels Car Rentals, Port Douglas Car Hire and Comet Car Hire are all located in central Port Douglas within easy walk of the main hotel and accommodation areas. Some of the further out hotels may require a pick up and drop off service.

Prices vary depending on the hire company and also the time of year. Low season February will see prices plummet while in July you’ll need to book ahead to reserve a car as there is limited stock and cars can sell out quickly.

Shop around to get the best deal and, as always, read the fine print in regards to insurance. Australia has some of the highest excess levels in the world with some companies charging up to $5000

Check with your Port Douglas Hotel to see if they offer airport or Cairns pick up. Port Douglas’s favourite backpackers’ hostel and camp site, Dougies ( book here) has a pick up service from Cairns, 3 days a week, Monday, Wednesday and Saturday mornings. But you do need to book and have a reservation at Dougie’s. They can pick up anywhere in Cairns including the huge central Cairns hostels, Gilligan’s , Central YHA and  Mad Monkey.

What’s To See Between Cairns and Port Douglas?

This is a beautiful drive, but the road is winding, can be car sickness inducing and is potentially dangerous. Don’t let those stunning views distract you too much.

Heading north of Cairns you’ll pass through The Northern Beaches before hitting The Douglas Shire. There are places to stop, camp sites and tourist attractions along the way. We’ll give you a simple list below of things to see or places to stop between Cairns and Port Douglas

How else can we help with your trip to Port Douglas? For things to do in Port Douglas you need this post. Likewise, things to do in Cairns. Both cover surrounding areas and northern beaches too. For where to stay in Port Douglas, try here. Alternatively our Australia Travel Blog page gives you an overview of travel in and around Australia, covering many destinations and how to get to them. 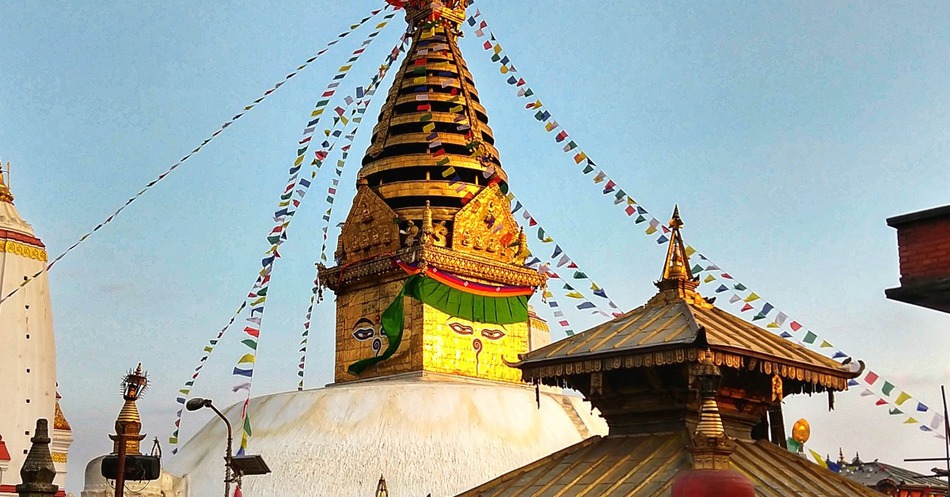 Previous
Places to Visit in Nepal 2020 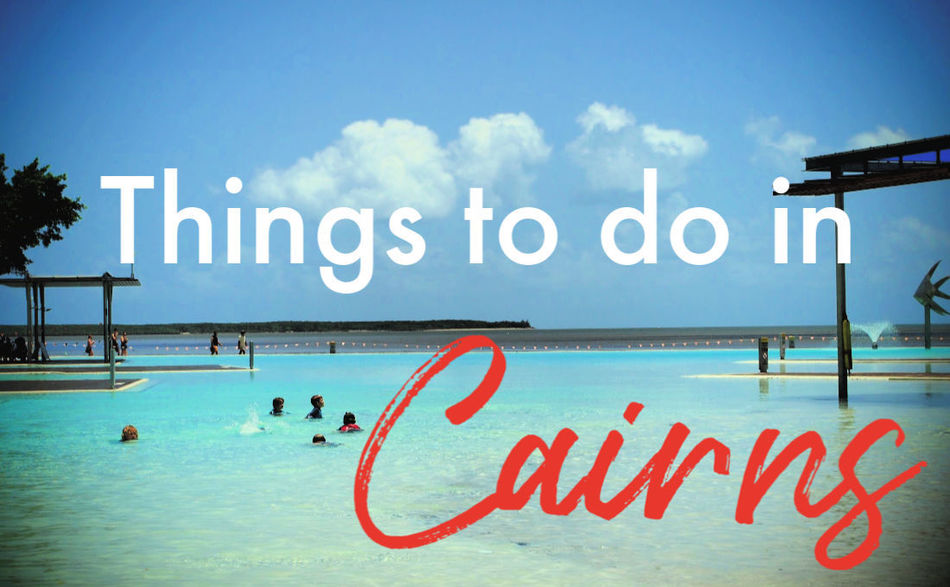 Next
Things to do in Cairns
Click here to cancel reply.