Opening a Can of Whoop-Ass! Hot Sauce New Orleans

It seems so long ago now!

On our first night in Lancaster county PA, in some nondescript but friendly motel, we were just settling down for the night when we hear a bellow from the next room:

“Get yourself in that tub or I’ll be opening a can of Whoop-Ass on y’all!”

We didn’t think people really said that. But they do and now so do I, with full Southern accent.

The kids think it’s hysterical so I carry on, it’s one of those shared memories that makes family life so much fun.

But why am I writing a post about Whoop Ass?

Well, weeks later, after driving up to Niagara falls and heading south, down the east coast, we found ourselves in the charming town of Charleston, South Carolina.

Charleston is a very fine town indeed, with great food and a fascinating central market. You can go click on that post if you’d like to know more.

The most fascinating thing we found in that market was this, a genuine can of finest quality Whoop-Ass. Cue hysterical laughter from all of World Travel Family.

The next time we saw a can of Whoop Ass was in gorgeous New Orleans. We were there so briefly, we really wish we could have stayed longer, but we caught the Mardi Gras parades, visited the Cities of the Dead to see the grave of Voodoo Queen Marie Levaux, ate some great southern food, really great, see this post about some of the things we ate, and made a discovery.

I had NO idea!

I’m a huge Tabasco addict, I even carried a bottle of it all the way around the Annapurna Circuit in Nepal, but I had no idea that the South is the home of hot sauce. Wandering down Bourbon St. we found a whole shop dedicated to every possible variety of hot sauce, you really wouldn’t believe so many exist.

Alongside every variety of Tabasco known to man, there were hundreds of more imaginatively named fiery condiments. How about a bottle of Ass in the Tub or maybe a drop of Bayou Butt Burner, Ass in Space or Ass in Hell?

Tabasco has been exclusively produced in Louisiana from tabasco peppers since 1868 and is the earliest recognisable brand of hot sauce.  I didn’t know that.

The kids and I thought Harry Pooter would be a particularly fine choice for JK Rowling fans.

If you really think you can handle the heat, there was the “special” collection of killer sauces. Ghost chili extractions so insanely hot that we had to sign a disclaimer before we could taste even a tiny, measured drop. I signed my life away and gave it a go, they were pretty hot. What more can I say?

Dave’s Insanity sauce, made from straight capsaicin extract, is the only hot sauce ever banned from the National Fiery Foods show for being too hot. The disclaimer is no joke, people with heart or respiratory problems aren’t allowed to touch this stuff.

So there you go, our discovery and lots of fun browsing and tasting. The kids tried a few but they weren’t impressed, I refused to buy D a lolly. 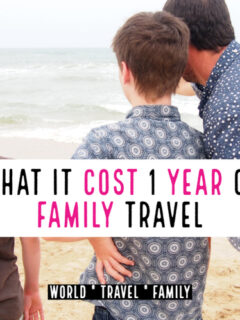 Previous
Cost of One Year of Travel With Kids Breakdown 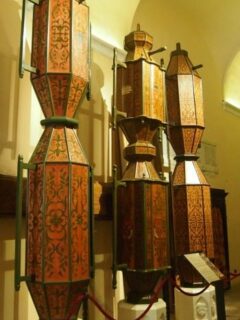 Hot sauce has come a long way since the the days when I was a kid (basic Tabasco sauce). Now they have stuff so strong it leaves off just short of causing chemical burns.