New Orleans Mardi Gras just happened to us by accident.

We’re almost at the end of our 1 month USA road trip, New Orleans is our final destination, one I’d picked, I’d always wanted to see the Big Easy.

As we left Orlando a few days ago we started having a quick look online for accommodation in New Orleans. We couldn’t see anything for under $100, even out of town. This didn’t seem right, we normlly find places for $29 and upward before tax. Maybe there was a reason, so we Googled.

We were arriving on one of the New Orleans Mardi Gras weekends. Great news, but maybe expensive news.

Hotel prices dropped after Saturday night so we dragged our heals to arrive on Sunday afternoon. We finally found a hotel in the centre of town for $115/ night, including tax ( it’s beautiful, a gorgeous hotel, looks like we got another bargain!) and arrived for check in time at 3pm.

The road was closed for the Mardi Gras parade. The kids and I jumped out of the car to go and watch leaving my husband, the Chef, to suffer the traffic and catch up later.  It was so much fun!

If you speak French you’ll know that Mardi Gras means Fat Tuesday. The Fat Tuesday in question is Shrove Tuesday, the start of Lent, so the actual “Mardi Gras” is the final day of the celebrations.

New Orleans Mardis Gras runs for weeks, from 12th night in January to the start of Lent. There are multiple parades and days of Mardi Gras.

Mardi Gras colours are purple, green and gold, you’ll see these colours in decorations and clothes all over New Orleans.

Roads will be closed, check! We didn’t.

The parade floats are spectacular and really professional looking. You’ll also see dance troupes  marching bands and horses in the parades. There was a lot of twerking, it looks fun, I’m going to learn to twerk to embarrass the kids.

King Cakes are a Mardi Gras tradition, decorated with the three colours above you’ll find street vendors selling them.

“Throws” objects thrown from floats into the crowds are a New Orleans Mardi Gras tradition, millions of plastic beads are thrown and worn. Other throws include sweets, frisbees, plastic cups and Mardi Gras dubloons.

People go crazy for the throws, not just the kids!

Some of the throws are big, heavy and hurt, bags of beads weigh about a Kg. Watch out!

The Mardi Gras parades don’t go through the beautiful French Quarter, they move around the city. Roads are closed and people hang out on the streets all afternoon enjoying the show.

Bourbon St. a famous New Orleans attraction in the French Quarter is pretty risque. We went in the early evening, it was a little too much for the boys. I don’t say that lightly, we’ve taken the kids to a Full Moon Party on Ko Phangan and spent plenty of time on Bangkok’s Khao San Rd. Bourbon St. really isn’t so great for kids. We had no idea.

There is very little parking in central New Orleans and it costs a bit. We couldn’t find a hotel with parking but we have found a 24hr car park. We’re in the centre so it’s easy to explore on foot.

New Orleans is wonderful we’re really impressed. We’ve only had a small taster so far, we’re back out there today exploring. The food has been amazing, the river walk, shops and buildings are gorgeous and the town is alive and vibrant. We love it! 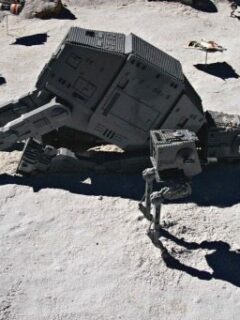 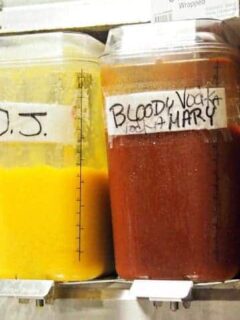 Next
Where to Eat Out in New Orleans With Kids
Click here to cancel reply.

'Looks marvellous. Especially the beads and a hell of a lot of fun!

Lived in Pass Christian, MS for years - and Mardi Gras is such great fun all along the coast - and yes...we did the big parade in New Orleans every year - still have collections of purple gold and green beads, boas and boxes of doubloons. Pull them all out for decorations and our own personal Mardi Gras here....complete with King cakes, boudin, crawfish, gumbo, et al.....Laissez les bons temps rouler

Please tell me you are still there I have a long list of restaurants for you…. Chef will love!!!!!

We are indeed, we tried Mother's last night, today Cafe Erst is on the list. Any more to throw at us? ( we can't do expensive!). We really want to find some crawfish.