I was very ill-prepared for our week in Umbria. I knew little of the region, other than its reputation for rustic, but delicious, food specialities ( I have my priorities! See our Food in Umbria post here.) I certainly knew nothing about the gorgeous medieval town of Gubbio. To be honest, I hadn’t even heard of it. Neither had I heard of Saint Ubaldo and Saint Ubaldo day.

Our schedule said we were going to ride a cable car, so ride it we did. Despite my sometimes crippling fear of heights, it was OK, I almost felt safe, so long as nobody moved. I actually thought that ascending a mountain in what looked like a bird-cage was the highlight that morning but a special treat was waiting for us at the top of the hill.

The Basilica of Saint Ubaldo

The Basilica of Sant Ubaldo is a pretty church with a spectacular view down over Gubbio town.

It’s nothing particularly special from the outside, but nice enough, it was the discoveries we  made inside that made this morning in Umbria memorable.

Saint Ubaldo was a 12th century Bishop and Gubbio local, he’s still here in the Basilica, resting on the main marble altar protected by glass.

He’s so important in the region that one member of every family will bear the name Ubaldo .

The church itself was built in the 1500 s and was ornately decorated with frescoes. World War 2 bombing destroyed much of the stucco but the beautiful marble interior and stained glass windows, along with the fresh flowers for the Saint, make the interior rather special.

May 15th every year is Saint Ubaldo day.

The highlight is a race, the Fiesta Dei Ceri, between three teams of local men, the masons, the merchants and the peasants.

Each team has the honour of carrying one of the 900 lb ceri pictured above, each one topped by a statue of a Saint, Ubaldo, George or Anthony.

Ubaldo always wins and the three ceri remain in the basilica for the rest of the year. It’s a massive event and a big tourist draw in Umbria.

Interestingly, an almost identical Feast of St. Ubaldo takes place in Jessop, Pennsylvania every year on the same day. A celebration of Italian heritage and religion.

But that Wasn’t All, Surprise Number 3 in Gubbio

Number 3 was our biggest wow.

Not the original, obviously, that’s kept safely in Turin, but a replica of what’s believed by many to be Christ’s burial shroud.

The scientists have long tried to prove it’s a forgery, but the evidence suggests that the shroud is at least from the biblical era.

After spending Easter in Guatemala and observing the huge Easter celebrations in Antigua and in Flores, the kids had been learning about Christ. I’d told them about the shroud but they really had no picture in their heads, this was something pretty special for all of us to see.

We think it’s always much better to see things for yourself, if you possibly can, than to look them up on Google.

We were visiting Italy as guests of Our Whole Village on their Villa in Umbria Rural Italy tour, all views are our own. For more posts from our trip see our Italy section. 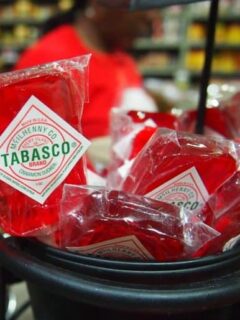 Previous
Opening a Can of Whoop-Ass! Hot Sauce New Orleans 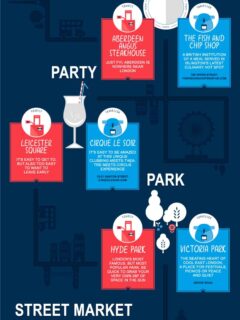 Next
A Fun Look at London. Tourist or Traveller?
Click here to cancel reply.