Getting to Legoland Malaysia From Malacca and Travel Burn Out.

I’ve been really struggling with this travel thing lately. After the first couple of days in Malacca, loving the ancient buildings and churches, I reached total travel burn out and chucked a great big girly tantrum.  I was over it.

We had a run of bad experiences, including my favourite T-shirt being stolen and our guest house digging up the sewers for 3 days without warning us. I have a history of bad experiences in Malaysia, there have been very good bits, but Malaysia and I just don’t seem to get on sometimes. Straw by straw it built up until this camel’s back was well and truly broken.

I spent a day in bed staring at the ceiling.

We were having problems finding anything tasty or even nutritious to eat and I’d lost another 4Kg in 5 days.  Not entirely a bad thing, but lack of good food makes me grumpy. I’d just had enough. Had enough of all the hassles, inconveniences, and absolute boredom of hanging around waiting for it to be time to catch the next bus.

I was so pleased to leave Malacca that I almost skipped to the bus station, backpack and all. Don’t get me wrong, Malacca is lovely, but I’d reached breaking point.

Getting to Legoland Malaysia From Malacca

I got on that bus, a very lovely bus, actually, and I enjoyed three hours holding my curly-haired child as he slept on my lap. I like the travelling part of travelling, trains, buses, planes, anything, it’s total relaxation, a chance to switch off. There wasn’t much to see out of the window, just motorway and endless oil palm plantations, it’s not very exciting getting about in this part of Malaysia.

Catching a long distance bus in Malaysia is really easy and cheap.

There are loads of bus companies so the buses are frequent. The buses from Malacca to Johor Baru ran about every half hour. All you have to do is turn up at Malacca Sentral bus station and find the little ticket booth selling seats on the next available bus.

We have previously got away with booking one seat between the two kids in Malaysia, but we needed a bit of luxury this time.

The buses are clean, modern, comfortable and generally great ( way better than the UK!) The only difficulty I’ve had is in trying to take a can of Diet Coke on board, the driver told me we were only allowed to take water, no big deal. Nobody stopped us eating our sandwiches, which was good. I was really looking forward to some genuine cheese, not processed rubbish.

Johor Baru is vast, I wasn’t expecting that. The bus we took didn’t stop where we thought it would, we had to catch a local bus to the Sentral Johor Baru terminus. Again, easy, and there was a Dunkin Donuts there just when I needed a coffee.

There is incredible wealth and consumerism in Malaysia, the malls we passed through were huge and glitzy, selling plenty of really up market brands. Prices are high. I wouldn’t come to Malaysia for a shopping trip, but it’s fun to look.

Our next mission was to catch two local buses over towards the Legoland Malaysia site, it’s a long way from Johor Baru. The buses were OK, no major dramas there. Everything went well, up to the point where we had to catch a taxi to the hotel I’d booked. Then we were at the mercy of the rip off taxi drivers . Each taxi here has a sign in huge letters on the front doors. “Haggling over fares is prohibited, this is a metered taxi”. Or words to that effect.

Maybe it would be nice if the taxi drivers followed the rules!

There was no way the driver at the Aeon Mall taxi rank was budging from his ridiculous price (20 MYR), so we wandered off to find another cab. No joy. No taxis at the Tesco taxi rank and none that we could flag down on the street.

After far too much walking with 15Kg on my back we ended up getting one for 12MYR at the same taxi rank. We’ve since discovered that the correct fare in a metered cab is 7 MYR. ( TIP:  get security at the mall to find you a metered cab)

It probably sounds like I’m obsessing over a couple of dollars, well yes, I am!

If I can save a bit here and there we can afford more treats. I really don’t like being ripped off by criminal taxi drivers.

We have a nice place to stay near Legoland Malaysia, it’s small but clean, neat and funky. I’ll put it in a post about cheap family accommodation in Malaysia soon. ( the link is in the section below)

We still had uncertainties, we had won free tickets to Legoland months ago, but at the last-minute there was a lot of confusion and misunderstanding,. This had been going on for days and was another one of those straws I mentioned.

We still didn’t know, as we arrived at the park, if we were going to get in or not.

We did, everything came together perfectly just in time and we enjoyed the most incredibly fun day at the theme park, followed by another day of pure enjoyment at the newly opened Legoland Water Park. Both were superb and just what the doctor ordered.

Our review of Legoland Malaysia is here, we have a separate review of the Legoland waterpark. We also have a post on hotels near the theme parks.

I’ve got my mojo back, I’m really looking forward to Kuala Lumpur for the next few days. Kuala Lumpur with kids is an awesome destination, so much to see, do and eat there.

After KL we head to Sri Lanka, one of our favorite places in the world and the first time there with kids. A new adventure on the Indian Subcontinent, somewhere I’ve always loved.

All it took was some fun, fun for all of us, not just fun for the kids while the grown ups watch. I think I’m guilty of making that mistake rather too often. Particularly when I have a very close eye on the finances. Note to self: Remember to have fun more regularly. 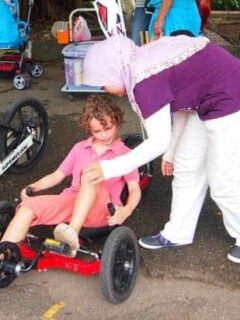 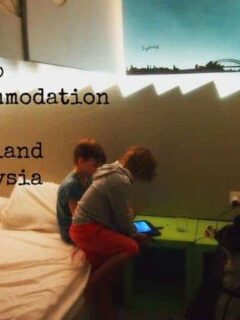 Hi I know these are old posts but they're good nonetheless.

We stay in Malaysia, sad to hear your family didn't have the greatest time then. Next time, try Borneo, East Malaysia instead. We live in Kuching, if you ever come this way again, give us a buzz.

Yep, the other part of Malaysia does appeal to us a lot more Irena. It's on the list for next year.

I absolutely NEVER let taxi-drivers fleece me, if I can help it! It's one of my pet peeves, too. We used to haggle them into the ground in the Middle East, lol. Glad you enjoyed the rest, though. 8))

I can believe it Kate! My best tip to avoid taxi rip offs in a new town is to Google what the fare should be before you leave the house. I don't mind paying a bit more to nice people or very poor people, but these guys just didn't want our trade unless we paid over the odds for it (same as the taxi touts in Thailand). It's not fair on the honest drivers, either.

Hi I am going to Legoland just before Christmas, thank you for the tips, will be glad to know which accomodation you found not far from legoland looking forward toyour post about it. Great you had fun!

Taxi drivers annoy the hell out of me the world over - they are as bad here in Melbourne as anywhere. In cheap countries, it extra annoys me as I would get taxis so much more often if they didn't stuff me around with charging, especially before I had kids. I would walk many kilometers rather than deal with the drama.

Y'know what Sharon, I don't mind haggling for a cab when they'll actually haggle, but when you're faced with this stony wall of 20MYR, take it or leave it, I feel even more ripped off. These guys obviously don't need the money or care about anything. They know some rich person will be along shortly and happily pay over 3 times the price. In Malacca there were big signs up "Don't deal with taxi touts, go to the official taxi rank". I think everyone needs to be warned how dodgy these guys are. All taxis are supposed to use their meters.

Yes - you need to have fun, but it sounds as if you also need rest! I remember that point - knowing there was so many places I still needed to see, but simply too knackered to make the effort. I holed up for a while, spent longer in each place - travelling is wonderful, but it's not like a holiday!