Freaking out in Malaysia

Malaysia is in the middle of an environmental catastrophe. If you read my last post, things we didn’t like about Kuala Lumpur, you’ll remember me mentioning the air pollution.  I didn’t realise what was going on back then.

Vast quantities of smoke from fires on Sumatra are blowing across the straits of Malacca engulfing Singapore and parts of Malaysia in thick, choking, smoke. It’s dangerous, actually life threatening.

Last Friday morning I checked out of our favourite hostel, Back Home Kuala Lumpur at around 10am, backpacks on, ready to find the bus down to Malacca. I had no idea that this crisis was developing.

As I was saying goodbye, somebody stopped me “You can’t go to Malacca!”.

They painted the picture for me, dangerous pollution levels, schools closed, people being warned to stay indoors, I knew we had to change our plans.

I had four nights already paid for in a Malacca guest house and Back Home was fully booked  for that night, so I had to find alternate accommodation pretty fast, I needed to check out of Back Home within two hours.

I parked the kids in the movie room and got down to some frantic internet activity.

I tried Kuala Lumpur and Penang, I struggled to find anywhere to stay that was within our price range, Malaysia is an expensive country for budget travel, it just wasn’t happening.

The Back Home staff warned me not to go to Penang without booking accommodation, it was Friday, everywhere would be booked.

As my noon deadline approached and we were still homeless, Back Home saved the day.

We were offered the “special room”. The cleaner’s room, basically, there were a couple of single mattresses in there, we could stay for the night. Perfect, So we had all the facilities of, possibly, the best hostel in Malaysia, to enjoy for another night and I had a bit more breathing space.

Within a few hours Agoda agreed to refund my Malacca booking, we had fair grounds in the face of a natural disaster.

I eventually found a cute-looking little guest house in Georgetown, Penang at a bargain price, $16/night, it was such good value I booked four nights. We would be on the first bus to Penang after breakfast.

The bus station is only 10 minutes walk from Back Home. We booked two seats to save a few ringit (32MYR/seat, about $10), the kids could squash together or sit on my lap, that worked out fine, even though it was a five-hour trip.

I read to the boys for a while, they looked out of the window, napped and D read Kipling’s Jungle Book on my Kindle. This was easy!

The air pollution didn’t seem to get any better as we travelled north, visibility was terrible.

We piled off the bus in a jumble of bags at a bus station in Penang. I don’t know which one. I’m not convinced it was even the right bus stop, but we eventually found the local buses to get us to our guest house in Georgetown.

The Worst Guest House in Penang?

When I book accommodation without seeing it first I look at every photo and review I can find. I don’t like booking in advance, but with the kids and only one adult, I have to sometimes.

From what I could make out, this was a new business, not many reviews yet, the photos looked good and I loved the idea of the little restaurant downstairs.

I’ve promised the owner that I won’t name names, so no more clues, she is a lovely young woman, badly let down by her staff, she has taken steps put things right.

The guest house wasn’t what I expected, it was dirty, not very safe for the kids, the shower/toilet cubicle was OK, although it was outside, on the roof, surrounded by cigarette butts in a non-smoking property. There was no sink to wash our hands, we had to go down to the back of the café to do that. There was no soap or toilet roll. The food that I had been looking forward to was terrible, it wasn’t that it tasted bad, it wasn’t cooked. It was totally raw in the middle. Yet we were still expected to pay a fairly hefty price for it.

To jolly the kids along I kept my mouth shut ” Isn’t this a cute little place boys!” and “Look at the great view from the roof, we can see chickens down there!” They were fine.

The promised free city buses from outside the guest house were infrequent to non-existent, so different to super-efficient Kuala Lumpur, but we walked into the historic district of Georgetown and had a good look around. It was nice.

I’m not nice on no sleep and that night I had maybe an hour. The traffic noise was incredible, our windows didn’t shut properly, it was like we were sleeping next to the road. We could hear drunken partying coming from downstairs, shouting, singing, guitars, it was obvious there was a group of men down there and cigarette smoke was drifting up to our room.

This wasn’t a hostel, you expect some degree of night-time activity from young backpackers, this was a small guest house, only two other rooms were occupied. I felt very unsafe.

I was worrying about fires, there was no fire escape. I was worried someone could burst into our room, the double doors weren’t very secure.

The children slept, little Boo woke at 6am and headed to the bathroom, I walked him there, then went back into our room to escape the mosquitoes. Unexpectedly, he went downstairs to wash his hands,

“Mum, there’s a man asleep downstairs and he’s had lots of beer.”

Great, so my six-year-old has wandered downstairs into a drunkard’s lair. Nothing happened, but I was scared of what could have happened.

At 8.30 am the guy, our chef/ night-watchman/cleaner/security guard was still passed out. We were up, dressed, ready to go for breakfast, there was no way I was going to eat in that café again, even if the staff had been awake. We couldn’t get out, the steel shutters were down.

I had to shout to wake him, he was full of apologies, begged forgiveness, not a chance mate. You’ve blown it.

Moving on, Theft and More Dramas

We had a wonderful roti breakfast in Georgetown, chatted to the waiters, the roti chef showed the kids how to make them, all was well with the world. We decided to move on to Batu Ferringi, a tourist town on the beach, about half an hour from historic Georgetown.

We found a little motel, very simple, but it had a private shower room and a TV, it would buy us some time, 75MYR/night, about $25.

Unfortunately, in the crush of bodies on the bus, with two small children, three backpacks and two smaller bags, a man who I thought was trying to help was actually robbing us.

He had his hand in my day pack. He unzipped it, took something out and concealed it under his shirt. D and I saw him, he was straight off the bus.

We think he only got the 200 MYR deposit from the dodgy guest house, it was loose in the bag as we left in a hurry. Things could have been much worse.

We have travelled all of our lives, all over the world, we have never been robbed outside of Australia. Just shows, you can get too confident. We experienced such kindness in Kuala Lumpur, this was a nasty shock.

We had lunch in a lovely Lebanese restaurant, lovely food, lovely people, and headed to the ATM, the only ATM in town

“Your Card Cannot Be Processed”

I’d put a call out on the internet that morning asking for accommodation recommendations in Penang, there is a group of travelling families, a few hundred of us, in a private Facebook group, I trust these people and have chatted online with them for months.

Better than a recommendation, we actually received an invitation to stay with another family, in a lovely home, just up the road.

That is where we are now, in comfort, with new friends and with kids delighted to have new playmates. We’ve been doing loads of kid-friendly stuff, splurging on western food, swimming at The Hard Rock Hotel Penang and taking on the terrifying slides at an amazing indoor play center, so all is well.

The ATM eventually gave me some cash, the dodgy guest house will refund our money, but the air pollution is still with us and could be for months. We plan to leave Malaysia very soon and head to Bangkok for some fresh air and a lower cost of living.

If you read this whole post, thanks, well done. It’s long, I know. I’ve stayed in far worse guest houses that the dodgy one in Penang, but never as a single mum with two small children, that makes a big difference. It’s a totally different way to travel. I will be far more picky until my large, muscular, husband joins us in Thailand. 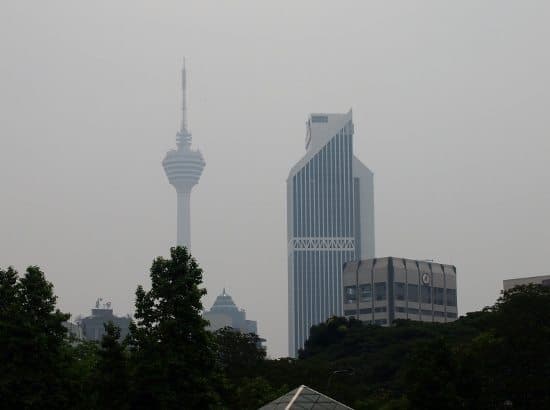 Previous
What We Don't Like About Kuala Lumpur - Negatives 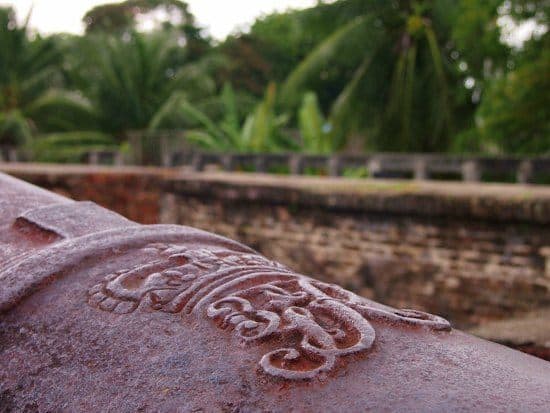 Traveling with the kids, makes all the difference. There are things I am willing to put up with on my own, but when the kids are involved I make different choices. Sorry you had to experience all of that, but thrilled you were saved by fellow travelers!

I've fallen in love with hearing about your families travels. I'm backpacking south east asia next year with my son. I'm a single mum so it's going to be an experience and a half for both of us. Your posts are definatly helping with my planning. :)

Holy cow! What a crazy experience. I'm guessing this is just the top of the details and it was far more intense. So happy to see that you made it safely in the end and the kids are now happy! Thanks for sharing your story. Many lessons learned.

Oh man that is rough. It is so difficult to book sight unseen and be miserable once you arrive. It looks like it finally turned your way.

I can't imagine staying in such conditions with two kids! I see why you left.