Harry Potter Experiences Around The World

Are you a Potter head? You’ve read the books and watched the movies a million times, but you want more. I don’t blame you, I’d swap muggle life for the magical world of Hogwarts any day, so would my Harry Potter-crazy child. But what can we do to get ourselves further inside the incredible world created by JK Rowling? There are a few places around the globe where we can all get more Harry Potter experiences, hop on your broomstick and let’s go have some fun! There is no “Harry Potter World” as such, but England and the USA have Harry Potter attractions and theme parks to explore.

This is “Harry Potter World” in England. Although the whole country is dotted with filming locations and places of interest to Harry Potter fans, this is the big Harry Potter attraction in the UK. It’s not really a theme park, more a collection of sets, props and items from the Harry Potter movies.

Do you want to walk down Diagon Alley, climb aboard the Night Bus and take a lesson in wand technique? Then you need to visit Warner Bros Studios for the Harry Potter Experience. We’ve been, it was off-the-scale-fabulous and is something that will stay with the kids and I, always. The link will take you to our post, we have loads of great photos.

You can get to the studios in your own vehicle or hop on a bus tour from central London.

The Wizarding World of Harry Potter at Universal Studios Orlando is now at two distinct sites. Universal’s Islands of Adventure has Hogsmeade and Hogwart’s Castle, while Universal Studios Florida hosts Diagon Alley. You can now catch the Hogwart’s Express to transport you between the two theme parks in true wizard style. To visit both attractions on the same day you need a park to Park ticket or an annual pass.

You can investigate Universal studios tickets for the whole family here.

The Hogsmeade experience can be found in Japan too, ride The Hyppogriff, visit Hogart’s Caste and dine at the Three Broomsticks Tavern.

The boys and I have taken this tour and it was great, loaded with trivia and behind-the-scenes information about the movies and the city we love. You can find our post about this comfortable and informative bus tour here.

There are plenty of options for visiting locations from the movies on foot. This website gives you dates, times and routes.

Glenfinnan viaduct is where you’ll find the stunning scenery young wizards enjoy from the Hogwarts Express. It’s even possible to take a steam train ride over the viaduct on the famous Jacobite. Glencoe also gives you a good vantage point for Potteresque scenery.

Photo Credit, Andrew and Amy of Our Big Fat Travel Adventure who rode the Hogwarts Express and share their experience on their blog.

This is the only place in the world where you can buy official 9 3/4 branded merchandise and have your photo taken running through the station wall to catch your Hogwarts-bound train. It’s totally free to visit and take your own photo, or you can buy a professionally taken image for under $20. You can find out more by clicking through to our post Platform 9 3/4 Fun or Tourist Trap.

Location: Somewhere in the world.

This touring exhibition is doing the rounds of the globe. At the time of writing it’s in Germany, for more information check the exhibition website. 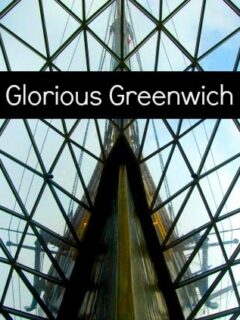 Previous
How to Get to Greenwich, London and What To Do There 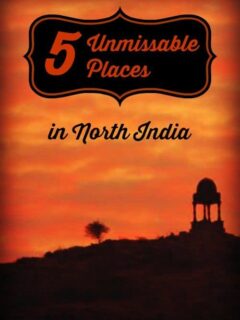 In Edinburgh Scotland you can do a magical free tour and walk the streets JK Rowling walked that inspired the creation of Harry Potter. You will see the headstone of Tom Riddle and other characters, the school JK Rowling’s daughter attended that was the idea for Hogwarts, locations that JK Rowling wrote the books and Victoria Street, the road JK Rowling was walking along when inspired to create Diagon Alley. JK Rowling still lives in Edinburgh and has done multiple events, showing her love for the city. The city’s Old Town feels like being on a movie set. It’s a must for Potter fans!

Ah yes, we love Edinburgh a lot, but have never done that particular Harry Potter related tour. Thanks for the suggestion.

Bronwyn Joy @ Journeys Of The Fabulist

Thanks - might have to add the bus/walking tours to the list. So far I think we may have been roped in to Alnwick Castle and Hogsmeade Station on the North York Moors, as well as King's Cross.

I've made it to Hogsmeade in Orlando, but not the new Diagon Alley. How is it?

I'll tell you when we've been Mike, last time we were in Florida we couldn't fit it in, but we'll be back!

Our family has been traveling the world for the last 8 months. Near the beginning of this trip we went to the Harry Potter Studio Tour outside of London. Despite seeing amazing things in 20-some-odd countries, when people ask them about their favorite part of our journey our girls still say "The Harry Potter Tour!" :-)

I purposefully stayed in Japan for 7.5 weeks so I wouldn't miss the opening of the Wizarding World.