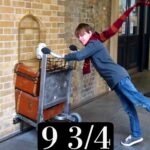 We’ve known for a while that Platform 9 3/4, the secret platform accessible only to wizarding folk departing for Hogwarts, really does exist in London, but it’s taken us 6 months to actually get there.

Why? My elder son is as big a Harry Potter fan as you could possibly imagine, claiming to have read the whole series 22 times, you’d think it would have been top of our list.

We’ve already stumped up the considerable cash to visit the Warner Brothers Harry Potter Studios tour just north of London and found it to be worth every cent. Heck, it was worth double to see my children open the door to the Great Hall, that’s the REAL Great Hall, as seen in the movies. We’ve also ridden the “Hogwarts Express” in Scotland, which wasn’t such a great experience, along with taking a Harry Potter walking tour of London to discover the movie locations, so we’re really getting into the Potter theme.

Yet we hadn’t made it into King’s Cross, an easy tube ride away, to see platform 9 3/4 London, a free attraction.  Why not?

Words like “tourist trap”, “rip off” and “don’t bother” kept cropping up on the review sites for 9 3/4. Potter fans of all ages had been disappointed and hadn’t held back in sharing their disgust online.

Well, stuff the reviews, I like to find out for myself, so we went.

There’s not much to it. It’s a sign and a luggage trolley made to look as though it’s passing into the station wall, just as it does in The Philosopher’s Stone. What more could it be?

I’ve heard that the attraction used to be inside the station, on the platform, but they’ve moved it outside to reduce congestion, you can see where a new brick wall panel has been added to house it.

Basically, it’s a photo opportunity, a fun one.

It’s also a shop. Next door, the Platform 9 3/4 shop is the only place in the world you can buy 9 3/4 branded merchandise. So they say. It’s the only Harry Potter shop we’ve seen outside of the Potter studios, although movie merchandise is available in many shops in London, including Hamleys and speciality fandom shops. This Harry Potter shop is a destination in itself for Muggle Potter fans, it’s beautifully styled after Olivander’s wand shop. This shop was the first Harry Potter wizarding shop in the world.

Yes, this shop is expensive, Harry Potter merchandise is expensive everywhere, I still think it’s cool and so did the kids. The shop is small, nothing compared to the huge shop at Warner Bros or the Potter stores in Florida, but it’s fun.

Wait Times To Get Your 9 3/4 Trolly Photo

We visited at 11 am on a wet Wednesday in October. There were 3 people in the line in front of us. I’d read horror stories of hour-long waits and expected the worst, to find nothing. Just a few other patient yet excited witches and wizards.

London is a very different place during the long summer school holidays, you’ll notice that everywhere, even on the streets. I wouldn’t even think of trying to visit 9 3/4 then.

It has been suggested that late at night is the time to get your photos here, no people around, and maybe a few butter beers inside you for optimum action shots. Butterbeer, as served at Hogwarts School, is available at the studios and, I’ve heard, in Universal Orlando.

There is an official photographer with an assistant distributing Hogwarts scarves and helping them look wind-blown for your shot, but there is no up-front charge and everyone is free to take their own photos. If you choose to buy a professional image, they were just under £10. There was zero hard sell and the atmosphere was fun and laid-back.

Platform nine and three quarters, the sign, trolley, and shop, is inside the King’s Cross Station building, under-cover near the other shops and food outlets. If you go through the station turnstiles, you’ve gone too far. Ask if you can’t find it, the staff will help you out.

There is a real Platform 9 and real Platform 10 inside Kings Cross but there is no brick wall between the two. J K Rowling has said that she chose Kings Cross as the departure point for magical folk heading to Hogwarts because her parents met on a train departing this station.

Cool, very cool, a little bit of fun on a wet morning, and a happy memory of London and her unique culture and connections. We think you should go.  Take the chance to try these sweets (candies or lollies) too, everybody should try dirt flavour beans (they were 50p cheaper at 9 3/4 than in this London sweet shop).

Have fun, take it for what it is and just enjoy!

Platform 9 3/4 is just one of the dozens of London’s child-friendly tourist attractions that we have reviewed on this site. Check out the related posts below or visit our London travel directory page. 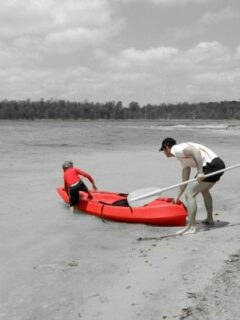 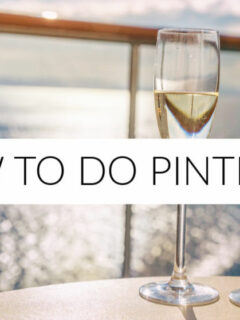 The only thing they need next is a sorting hat ceremony with a professional looking hat that is an animatronic like the Tiki Birds at Disneyland.

Ignore the expensive shop and you'll do just fine. Most people who claim it's not that expensive have either a well off family or work two jobs themselves in our struggling economy to make ends meet.

To make a very long story short they have done things to *cover* the effects economy so that it won't be seen in the big cities so much.

One way you'll know the economy is doing better is when new car lots replace empty ones as when the economy does good for some reason people feel confident in buying or leasing new cars and all over that hasn't happened since 08 and it's harder then ever to buy a house.

If you are thinking of selling wait it out a year and see what happens if it's possible in your budget.

Like you I've seen a lot of negative reviews about places yet my experience often differs from the ones I've read. The thing is that people are very keen to talk about the negatives rather than the positives.

As you say, it is just a wall. What were people expecting?

I must admit to be a little bit surprised to hear they've actually moved the platform/wall :-) Little wonder that I've never noticed it when I've been to Kings Cross (we live in Yorkshire so KC is always our go to station for London).

I bet Kings Cross are quite grateful to J K Rowling for naming them in the books. It looks as though it is a nice little money spinner for them.

I visited the place twice...once when it was insise the station and there was not much to it but fun to see and again last year when it became more commercial...but more fun as well got my picture taken and it made it more real :)

It's just a very quirky thing to see at the train station. You should go to Paddington as well and get some pics with the most famous teddy bear. I love how London embraces these fictitious characters! :-)