Getting From Colombo to Galle, Sri Lanka

Colombo, the busy and often chaotic Capital of Sri Lanka is most people’s arrival destination by air. While there are a few sights to see in and around Colombo you’ll soon want to head out and one of the more popular routes is from Colombo to Galle. On the southwestern tip of Sri Lanka, Galle is the provincial capital of the aptly named Southern Province. A longtime popular destination for Dutch, Portuguese and British explorers and traders it has found renewed fame with tourists.

There are multiple ways to get to Galle from Colombo, including bus, train, and road, we look at how to get to Galle, costs, and where to stay in Galle on arrival. You can go all the way to Galle or choose to get off the train or bus sooner, at one of the many southern beaches. The train track and roads mostly hug the coast along this west coast of Sri Lanka

All information is intended as a guide only, based on personal opinion and experience. Please check all the information thoroughly for yourself just-in-case things have changed.

Colombo is 126 Km (78 miles approx) from Galle if you take the fairly direct road route – the Southern Expressway – the highway. The highway does have a small toll fee. The journey should take just over 2 hours, traffic allowing. The train and coast road hug the coast. If you choose the train your journey could be under 2 hours or over 4 hours. There are faster and slower trains, see train information below.

Colombo airport – Bandaranaike International Airport – is quite a way outside Colombo city – it’s 32 Km north of the city. Fort Train Station and the Colombo bus stations aren’t exactly nearby. If you plan on travelling directly from Colombo airport to Galle, the only way, really, is to take a taxi or private car. There is a taxi office inside the airport which makes this very simple for you. The cost of a car should be under $100 – to give you an idea.

Alternatively, you could take a taxi or tuk-tuk into Colombo to catch the train. We’ve taken the bus to Colombo airport from nearby but it wasn’t very convenient, the stop is a fair way away. Tuk-tuks normally wait outside the airport perimeter fence.

If you’re happy to pay for a taxi, you’ll most likely be staying in a hotel, try to find one with a free airport transfer included. Beware paying for hotel transfers, organising your own taxi on arrival will probably be cheaper.

Colombo to Galle by Bus

One of the easiest and quick ways to get to Galle is by the local bus. With the new expressway, you have two options as opposed to just the coastal road. The coastal road takes longer but is much more scenic and the journey is on older buses. The express buses which, as the name suggests, follow the expressway to the south has new buses that are more comfortable and have A/C.

Bastian Mawatha Bus station is centrally located just down from Fort railway station in central Colombo. Most long-distance buses leave from here and for both minibusses and the larger public buses you will find a ride here. The bus frequency is about every 20 minutes from 5 am. During peak hours this will increase as will the number of people trying to get on.

Costs for the trip are as follows and these figures were accurate at the time this post was published. It isn’t uncommon for drivers to try and charge more and these are approximate costs. As you can see public transport in Sri Lanka is ridiculously cheap so it isn’t worth worrying about 50 cents here or there. It’s more important to make sure you’re happy with the bus and the driver.

Maharagama bus station isn’t near the city center, in fact, it’s 15 km to the south. This can make getting there a real issue and this may take as long as the trip to Galle. Peak hour traffic is to be avoided at all costs in Colombo.

From Fort Railway Station you can catch bus 138 for Rs.35, 25 cents but be warned they don’t like bulky luggage and the journey can take at best 30 minutes or worst up to 3 hours. Getting a taxi can be a better option, especially if you’re not at Fort Station. Uber plus a host of taxi companies operate in and around Colombo so it shouldn’t be hard to find one.

This bus station gets a bad reputation as there is no shelter from either the sun or the rain. Both are likely depending on when you go. Food vendors are also thin on the ground. The bus won’t stop for refreshments so stock up before you leave.

From the bus station, the express buses head south on the Expressway. There isn’t much to see as the road heads inland and straight down. It is approximately 90 minutes to Galle via this road. This is significantly quicker than the coastal road but not nearly as scenic or satisfying. The buses are of better quality and the cost will reflect this.

A lot of commuters will use this to travel daily to Colombo for work. Avoid peak times to make sure you get on the bus. Frequency is similar to the coastal route. A 5 am start with 20 minute intervals.

Colombo to Galle by Car

With the new inland highway, this is the quickest way but it is up to you whether you take this route or the more scenic coastal road. Both have pros and cons and it comes down to personal choice.

This is by far the most expensive way of getting from Colombo to Galle but if time is limited can be the best way. My first time here we arrived close to midnight and weren’t stopping in Colombo so headed straight from the airport to Galle via the coastal road (the new expressway wasn’t built).

You will need to pre-arrange a car to take you from either the airport or Colombo. The airport has a desk where you can do this and the price is set. Hotels can arrange this in Colombo or you can use one of the many apps or websites that are now available. Currently Uber only operates within a 30 km radius of Colombo. Kangaroo cabs often come up as a company that covers the whole island. Specify if you want to go via the coast as most will use the expressway and price accordingly. The coastal road will quite likely cost more due to the added time.

Cost of Getting From Colombo – Galle by Taxi or Car

Costs are still competitive but higher than public transport. This is for the expressway route. Prices are a guide only and were correct at time of publication – please check.

Getting From Colombo to Galle by Train

The train journey along the coast is beautiful and takes you through many coastal villages.  This railway line also passes through a number of major cities and towns like Kalutara, Beruwala, Aluthgama, Bentota, Balapitiya, and Hikkaduwa and offers views of modern and colonial Sri Lanka from the comfort of your seat.

Riding the trains is definitely my preferred way of travel in Sri Lanka and especially the Colombo to Galle route. You don’t have to worry about peak hour traffic but be mindful that you may not get a seat if the train has come down from Kandy or further north.

There are now tourist carriages that operate on the interstate and express trains. Offering food, wifi and allocated comfortable seats the carriages are part of the normal train but come with an increased fair and in some ways, isolation from the joys of train travel in Sri Lanka. They are all run by 3rd parties contracted to Sri Lankan rail.

The following are a guide to the costs for a ticket from Colombo Fort to Galle. There are 3 classes of train although you’d probably not want to travel in 3rd class as it is extremely crowded and stops at all stations making the journey long. The prices, like the bus, are incredibly cheap. If you want first-class it pays to book as early as possible as there aren’t many seats and they go quickly.

It’s worth noting that nearly all the trains continue on to Matara which is about 90 minutes along the coast past Galle. If you’re staying on that side of Galle the stations after Galle may be better suited to alight. Just make sure that the train stops.

Train Costs For Colombo to Galle

These train prices are a guide only, to compare the relative prices of the train, bus, taxi, etc. Please double-check as prices change. These were current prices at the time of publication.

How to Book Train Tickets in Sri Lanka

There are only 3 ways of booking train tickets in Sri Lanka that we have found.

From Colombo to Galle by Plane

There isn’t an airport close to Galle. The nearest besides Colombo (which is actually the closest and lies towards Negombo) would be Mattala Rajapaksa International Airport in Mattala. That is 150km due east with Colombo only 120km north. It has been named the emptiest international airport. Few flights operate from here and most still fly via Colombo.

Best Places to Stay in Galle

Galle has a host of accommodation options at nearly every price point. From five star resorts to simple homestays and everything in between. There are a few boutique hotels within Galle Fort itself also hotels and hostels in Galle town. There are some lovely villas in the hills around Galle.

Unawatuna is not far from Galle. This lovely beach town is a superb destination. You can easily take a tuk tuk from Galle.

We use various hotel booking engines to find the best deals. Agoda is an expert for Asia and we find they usually have the best selection. To see all the hotels Agoda offers in and around Galle Click Here  If you prefer Booking.com please Try Here. Hotels Combined is a comparison site, it will check multiple online booking engines If you’d like to give them a try,

Things To Do In Galle

Consider the fort, nearby beaches and markets along with various day trips from Galle. We have a full post on Things to do in Galle here, it includes information on what you’ll find inside Galle fort.

We hope you enjoy Sri Lanka, it’s one of our favourite travel destinations. We’d really recommend the train, but whichever method of getting to Galle from Colombo you pick, try to enjoy the journey and the views along the way.  We highly recommend booking your tickets through 12 Go, it’s simple, no fuss, minimal expense and usually reliable. 12Go can also handle bus ticket bookings and better rates than most agents will give you. We use them, we recommend them. For more Sri Lanka information see our related posts below. 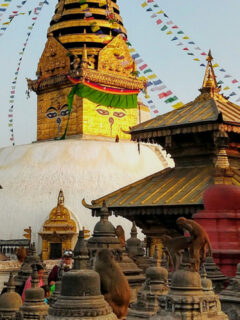 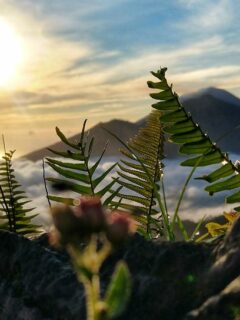