Bun bo Hue originated in the beautiful ancient city of Hue in Central Vietnam famous for its Royal Cuisine. Like the more famous Pho Bo, it is a beef noodle dish but is distinctly different due to its history and origins. It is a noodle soup with a rich spicy broth, it contains slices of beef or pork and is topped with leaves and herbs as so many Vietnamese dishes are. It is a meal full of flavours and textural contrasts. Geographical origins and climate invariably affect flavour and ingredients found in classic Vietnamese dishes but pho bo, unlike bun bo Hue, has a French influence.

Hue was long known as the cuisine capital of Vietnam and saw the creation of many signature Vietnamese dishes. For over a century and a half (since 1802 when the Nguyen Dynasty controlled Vietnam), Hue was the official capital and seat of power for the ruling Dynasties. Hue cuisine is Royal cuisine, the food of kings and emperors and it has a reputation for full flavours and spicy dishes. Banh nam and banh bot loc also originate in Hue.

Bun bo Hue, as the name suggests is a dish that originated in Hue Vietnam. The name itself means Hue beef noodle soup, and yet, it contains pork too. The dish contains a broth made from a base of beef and pork bones. Bun – noodles, in this dish rice vermicelli noodles join the stock just before serving.

The dish may contain shrimp paste and pork blood cubes (optional) and this is likely why this dish isn’t as popular as pho outside Vietnam. Very finely sliced beef completes the meat element of the dish.

A spicy paste gives this soup a kick that is absent in Pho. This paste contains chile (dried and rehydrated) lemongrass, shallot, garlic, fish sauce, sugar and salt. MSG is pretty ubiquitous in Vietnam, some people react badly to some types of MSG so this can be a problem. I do, I’ve learned that it’s differing qualities and brands of MSG, not the ingredient as a whole. A Vietnamese friend told me about this as she had the same problem. You’ll find MSG on the shelves of most grocery stores in Vietnam.

The beef shank (thinly sliced for serving) receives a very fast cooking in the stock just before serving. Finished the dish according to taste with a selection of fresh herbs and leves such as banana blossom, mint, lettuce, and lemon or lime wedges. Lemongrass is a strong flavour in the stock for Bun Bo Hue. In contrast, pho does not normally contain lemongrass. Pho also uses flat noodles not the round noodles in Hue’s most famous dish.

History of Hue and Bun Bo

Hue was the capital of Vietnam for over a century, from 1802 to 1945. It was also the seat of power between 1738 and 1775. By 1947 the capital had been moved to Saigon (Ho Chi Minh) city. Hue suffered heavily in the war with America and was extensively damaged.

Being such a big part of Vietnam’s history it’s no surprise that it has also played a huge part in culinary history. Being a royal court for so long, where many fine dishes were demanded daily, it isn’t surprising. Some estimates that out of 2700 Vietnamese food dishes nearly 1700 come from Hue. That is nearly 66% and while a lot of those dishes won’t be seen outside of Hue it shows how important food was to Hue and its inhabitants.

Bun Bo Hue is just called bun bo in Hue and the surrounding province. It is only called bun bo Hue outside of Hue Province. There doesn’t seem to be an exact date or place that takes credit for starting this delicious dish. However, like a lot of Vietnamese foods it probably came about from using the foods available and honing the dish until we have the bun bo Hue we know and love today. Some upmarket restaurants are still evolving the dish and you can get variations at different restaurants.

Food and Hue have a long rich history, not least from being the centre of government for well over a century. The royal courts demanded and received the best food that Vietnam had to offer. Chefs would constantly be trying to come up with new exciting dishes.

Today there are plenty of places to eat in Hue. Be sure to try the street food stalls and small noodle shops along with the traditional coffee shops. Look out for Hue salt coffee in particular, but do try the restaurants too. Hue is modern and has food to suit any palate or pocket.

There are some unique ingredients that are necessary to make an authentic Bun Bo. Most of them should be available in an Asian grocer in your part of the world without too much trouble.

Lemongrass is one of the biggest distinct flavours with a bun bo Hue. Lemongrass is infused into the broth at the beginning and becomes a stand out ingredient.

Annatto seeds are interesting ingredient in bun bo. These are used more for their rich red colour than for flavour. This tropical seed can be found near the equator between Mexico and Brazil. Annatto is derived from the achiote tree which was spread around the world by the Spanish who took it to Asia via the Philippines.

Pork blood is another traditional ingredient although often it is left out if people don’t like the taste or texture. The blood is normally boiled and set.

We’re not a recipe site, we’re a food and travel site, but we found this video for an authentic Vietnamese recipe and how to cook Bun Bo Hue if you are interested in making this dish for yourself.

Beef Pho is arguably the most famous of all Vietnamese dishes. Pho Bo, the beef variety, is the most common although you can get either chicken (ga) or fish (ca) varieties. We’ve even managed to find vegan pho on our travels.

An exact time and place are hard to pin down, but common belief puts the origins of pho in Hanoi, northern Vietnam at the start of the 20th century. This national dish is one of the youngest in Vietnam. A common line of thought is that pho evolved from French stews and soups when the French ruled over Indochina.

Between Hanoi in the north and Ho Chi Minh city in the south the pho changes as you go. The north is very traditional and doesn’t have the abundance of fresh ingredients you’ll find further south. From Hoi An south you can expect to find your Pho loaded with fresh herbs and condiments.

Bun Bo Hue (Bún Bò Huế), on the other hand, is much older than Pho but doesn’t have the same international recognition as the younger beef noodle dish.

The taste of Bun Bo Hue is different from Pho and the cooking method is also different. The two big flavour differences are that bun bo contains both lemongrass and pork blood cubes. While you may find that the blood cubes are sometimes left out, it will always have a strong lemongrass flavour.

The type of noodles in the two dishes also distinguishes them. Bun Bo Hue’s vermicelli noodles are like fine spaghetti in shape. Whereas Pho has flat noodles more akin to fettuccine. With different noodles, they eat in their own way.

Unsurprisingly you’ll find the biggest selection of bun bo in Hue itself. Harder to do is nailing down the ‘best’ dish as everyone has slightly different variations and expectations of what constitutes a great dish.

Just remember you can’t try too many bun bo Hue. Sample the dish in traditional and modern restaurants, noodle shops, and street stalls in Hue itself. Also, give it a go in other cities in Vietnam. You will find vendors specialising in just this one dish as you see so often with food in Vietnam. It’s this specialisation that sees every Vietnamese dish perfected. Looking for more information on food in Vietnam? We have a full Vietnam Travel blog. Try our post on what to eat in Hoi An, and where. 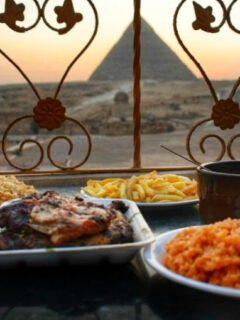 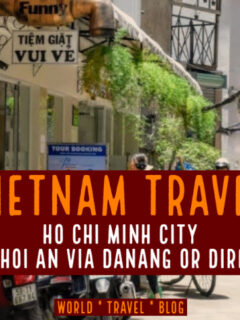 Bun Bo Hue is a specialty of the ancient capital of Hue. The taste of the broth is delicious and the spicy and sweet taste of water from the cow makes everyone fall in love. In Hue, there are many delicious Bun Bo shops, but my favorite is the famous Me Keo Bun Bo restaurant from 20 years up to now.