Around June I became aware that a few things existed, Hungarian horsemen and their incredible skills, the UNESCO listed Hortobágy National Park, the Puszta and the rare and heritage breed livestock of this unique region. We’ve been trying to make a visit to this area ever since but our first chance came with our trans-Europe, Romania to London roadtrip. We decided to make this trip fun and an exploration rather than the usual trudge, so seeing these Hungarian blue-clad cossacks with their whip-cracking trick riding, grey cattle and weirdly horned racka sheep became our first destination. We drove south from Maramures, crossed the border into Hungary near Oradea and headed to Hortobagy National Park for the first night of our summer adventure in Europe.

We found it difficult to find accurate information on this region online, most of the websites were in Hungarian and defeated Google translate also the information they offered was confusing and less than helpful. We decided to head to the Hortobágy Nemzeti Park Tourist Information Centre after breakfast and simply ask how best to enjoy and explore the area. Their top suggestion was the Mata Stud and their 10am tour was about to start, we had a plan!

This post may contain affiliate links, if so, and you choose to use them, we can earn a small commission at no extra cost to you.

This post will mostly consist of photos from our tour at the Mata Stud, we’ll also tell you where we stayed and give you more options on things to do and places to visit in and around Hortobágy National Park. This was an incredible morning and absolutely worth doing, you can reach the area easily by road, it’s in central, eastern Hungary, or there is a train station nearby at Mata.

What is the Puszta?

UNESCO say ” Puszta consists of a vast area of plains and wetlands in eastern Hungary. Traditional forms of land use, such as the grazing of domestic animals, have been present in this pastoral society for more than two millennia.”

It’s a fascinating area to drive through, encircled by commercial agricultural land, endless sunflowers, corn and grains, the Hortobágy Puszta is reminiscent of the grassy plains of the UK, even Mongolia. Grasslands and wetlands mingle, giving a diverse habitat and abundant birdlife.

Where to Stay for Hortobágy National Park

We visited the Hortobágy area mid-week, in July and we found it hard to find accommodation through limited availability. We settled on a lower-cost small hotel in Balmazújváros, a small town on the edge of the park. Breakfast was included, the family suite had 2 separate bedrooms and the town had a good Hungarian food restaurant and a fantastic swimming pool with natural hot water spa a short walk away. We would recommend this hotel as a good basic choice.

Check out prices and availability for Kerekes Panzió here.

Is the Mata Stud and Hortobágy Park Good for Kids?

It’s fantastic for kids! The animal park mentioned below gives children the opportunity to interact with baby animals and everything about this region is extremely interesting and educational, from the whip-cracking horsemen to the rooftop crane’s nests. The little museum at the Visitor’s Centre is great too.

Other Things to Do in and Around Hortobágy National Park

Things to do in and around Hortobagy National Park include the following:

So that’s our Europe road trip off to a great start, we enjoyed exploring the Hortobágy National Park and meeting the blue Hungarian horsemen along their animals, even more than expected. It was a morning to remember. Onward now into the south of Hungary for Lake Balaton, Hungary’s inland sea, and from there beautiful Slovenia. Stick around to follow! This Hortobagy National Park blog first appeared on this website. 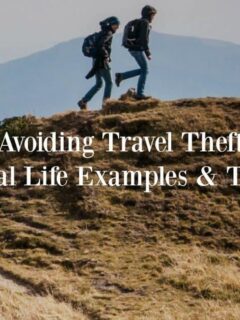 Previous
How to Avoid Theft While Travelling 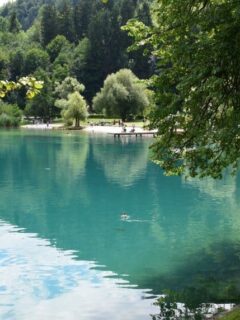 Next
3 Days in Slovenia
Click here to cancel reply.

I'm so glad you had a great time there. I was working as a guide on the carriage tour in Máta.for a few years.

I can't get over those sheep horns! So pretty! My kids would enjoy this. Maybe when we're in Europe...

How amazing ! I'll be forwarding this link to my daughter, who is passionate with horses. It might give her an idea for a trip! Thanks, Alyson ! Talitha

AveMy husband and I have traveled to Hungary. All over the country. As my parents & Grand parents both sides are Hungarian. We were so unpressed on the Hordabachis. My maiden name is Pusztai/Erdodi. So we retraced the family in Egar-Pest-Vag. We finally found the family. I do not speak Hungarian now. But back with family in Egar. I will pick up some. I am Proud to be a Hungarian!????