Cardiff Doctor Who Experience and Locations

I was lucky enough to be in Cardiff for Christmas 2013, The Doctor’s 50th anniversary. I’m also lucky enough to have two fabulous kids who enjoy Doctor Who just as much as I do and to have 45 UK pounds in my pocket to spend on a family admission the The Doctor Who Experience in Cardiff Bay. Even if you don’t have the cash to spare, just being in Cardiff makes you feel close to The Doctor and the incredible story that has been woven over the last half a century. The Doctor is with us in Wales and I love it! Cardiff Doctor Who tours exist, but with a little insider knowledge from this Wales based Whovian, you can find the locations yourself. If you’d like to see pictures from the Cardiff Doctor Who Experience, they’re also in this post.

Just hover over this pin to save it to Pinterest

You’ll See Evidence of The Doctor’s Presence Everywhere in Cardiff.

I could be wrong, but I think Cardiff’s fabulous Christmas lights may have a slight Doctor Who influence, too. Remember the star that appeared over earth one Christmas day? Do they look almost TARDIS blue to you? This street was the one Kylie Minogue walked along as Astrid Peth visiting Earth from SS Titanic and where Donna’s grandfather Wilf had his newspaper stall.

If you know your Doctor Who you’ll see locations from the series everywhere, Amy’s village, Leadworth is nearby in LLandaff and Bad Wold Bay, actually Southerdown Beach, is a short drive up the coast.

My kids have never seen Torchy, it’s a bit adult, but the iconic Torchwood tower has appeared in Doctor Who a few times. The kids stood at the railing opposite the tower, exactly where The Doctor stood with Martha as they said goodbye to Captain Jack and chatted about him being “the face of Bo”. Do you think he is?

Ianto’s shrine was started when the coffee boy died in the series back in 2009, it’s still active and maintained today. It is located at the entrance to the Torchwood hub, on the water in Cardiff Bay.

If you have children you’ll probably have watched The Sarah Jane Adventures. Sarah Jane’s house is in Penarth, not far from Cardiff, you’ll also be able to find plenty of locations used in the series around the area.

The Doctor Who Experience Cardiff Bay

Two years ago the boys and I visited The Doctor Who Experience in London, the exhibition has now moved to its new home on Cardiff Bay. The interactive Doctor Who experience is the same, but the exhibition is different and very up to date. You can find some of our photos from London here. Some of our photos from Cardiff have appeared on our Facebook page already, I’ll put more in another post, this one is too long already!

Happy New Year to all of our Whovian followers, there are quite a few of you I know. We were very sad to see Matt’s last appearance yesterday, lets hope Capaldi picks up the baton and runs with it Do yourselves a favour, try and get down to Cardiff, the home of Doctor Who, if you possibly can.

Back to our main Wales Travel Blog page 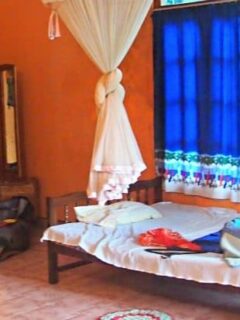 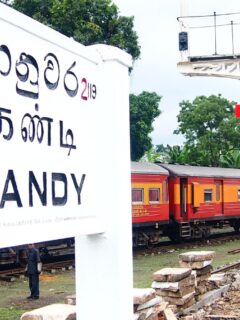 Ooooohhhhhh thank you!!! Such a treat!! Loved it all!!!

THank you for this post. I never comments, hard to say something interessant in English, but I love Doctor Who, and I know about the Doctor Who Experience but didn't think Cardiff and Wales were so strongly link to the Doctor Who. More than ever I want to be there in spring (my wish for my birthday in may).

I loved reading this. Awesome pics!