Where is Egypt Located?

Egypt is located in North Africa, the Middle East, and Asia, making its geography very interesting indeed. It is a transcontinental country and there aren’t very many of those. Likewise, the Middle East is a transcontinental region. Egypt borders Africa, the Mediterranian Sea, Asia, and the Red Sea, which opens onto The Arabian Sea and Indian Ocean. This incredible location has given Egypt its notable history and importance as a crossroads of the world, with Egyptian culture being influenced down the centuries by different peoples. Egypt is really interesting. But this post is discussing the question above, where is Egypt located? We’ll also include some photos and facts from Egypt, it’s one of our favourite places.

Egypt is on the northern edge of Africa, to the east it extends into Asia, its west is firmly in Africa. The country is in the Middle East, which is a transcontinental region. People are right to ask about the location of Egypt, it is a little complicated!

Egypt is in the Northern Hemisphere, with the centre of Egypt being roughly 30 degrees north of the equator putting the southern part in a dry tropical region. Cairo is about 2,200 air miles from London, over 3,000 miles by road. That would be a road trip I’d love to do, with Syria being maybe an issue. There are no ferries I can find between Europe and Egypt.

The bulk of the well-known historic sites lie along the Nile. This river bought life and prosperity to Ancient Egypt and you’ll find Cairo, Luxor, and Aswan along its banks. These are the main tourist hot spots of Egypt along with the beaches to the southeast.

The popular beaches of Egypt are mostly on the Red Sea. This lies on the eastern coast of Egypt.

You can read more about Egyptian geography and history here. It’s a long read, and complicated, this post just pulls key facts. If your children are learning about Egypt I can send you to our post on Egypt for kids, which even includes a few free printable worksheets and colouring sheets.

Of course, do further research for yourself, this post just reflects our findings and interest in this question. It was prompted by another travel blogger who told me Egypt was not in Asia. I knew he was wrong!

Is Egypt a Country?

Yes, Egypt is a country. It’s officially the Arab Republic of Egypt. Egypt has one of the longest histories of any country in the world.

Is Egypt in Africa?

Yes, Egypt is a country in Northeastern Africa, where Africa borders with Asia. Egypt has borders with other African countries, including Libya to the west and Sudan to the south. Lake Nasser stretches from Aswan, past Abu Simbel, into Sudan.

Is Egypt in Asia?

Is Egypt in the Middle East?

Classifying Egypt on Our Travel Blog

I have Egypt in my Africa category. I can’t put it in both Asia and Africa, in Africa it must stay. Sorry. We also have Egypt tagged with the Middle East and Asia. It’s quite difficult to classify these transcontinental destinations on a travel site.

I hope our post helped you somewhat with that question, “Where is Egypt?” So many people aren’t clear on its location and kids love to learn about ancient Egypt and its history. It’s not straightforward. We hope we will all be able to travel to Egypt again soon, it’s one of our favourite countries. Visit our post of family vacations in Egypt or our full Egypt travel information page. 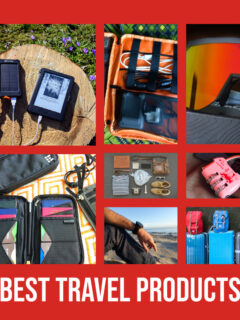 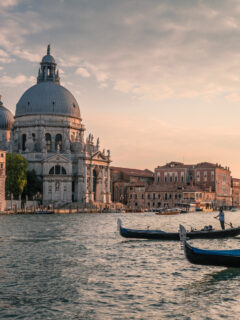 Next
Best Places to Visit in Europe for First-timers
Click here to cancel reply.