A reader has asked for information on the kayaking and caving trip we took in Vang Vieng Laos, so, happy to oblige, here’s the run down. We took this tour twice, we enjoyed it so much the first time we just had to go again. This was, to us, far more fun than tubing ( which we also tried), actively paddling is more exciting than just drifting down the river, we also thought it was safer for the children (then 9 and 7). Kayaking in Vang Vieng can be a little challenging depending on time of year, flooding and water levels. We were there in the wet season and the rapids were flowing fast. Our cave tubing was almost halted by high water, the caves were flooded, but it was a fun day out and we felt safe taking the kids.

Contents show
1. Kayaking Vang Vieng, Cave Visit, Village Tour and Cave Tubing
2. The Kayaking Company We Used
3. The Caves
4. Lunch on the tour
5. Kayaking Down the Nam Song River
6. Another Rest Stop
7. Some Hints and Tips For Taking This Kayaking and Caving Trip

Both of my boys are pretty good with a kayak and my husband and I are totally proficient but a lot of the other adults on our trip had never even held a paddle before. Everybody had fun, nobody drowned and we all had a good laugh, but people did capsize, get stuck and freak out a bit at times.

We spent 6 weeks in Laos in July 2013, 4 of them in Vang Vieng. It’s a wonderful country, one of our favourites, and one we hope to go back to next year. There are more Laos posts in our archives.

We were in Laos in the wet season, the river was very high and some of the rapids were quite… stimulating, we’ll talk about the mud later.

The Kayaking Company We Used

We used a kayaking and tour company on the main road in Vang Vieng, Phone Travel, almost where the mini bus from Vientiane drops you off. They’re a big company, we later saw a branch in Vientiane.

We liked this company a lot, the guides were particularly lovely, but I think any company in Vang Vieng would offer you the same tour and the same service. We  paid around $50 for a full day tour, we were out for around 8 hours.

The Tham Xang Elephant Cave, named after its distinctive rock formation, is the first stop. To get to it you have to cross the Nam Song river, in full flood this was quite an undertaking. 2 of our party overshot and had to be rescued, 1 capsized,  but we all crossed safely eventually.

The cave itself isn’t particularly spectacular but it’s wartime history and cultural significance is fascinating. Listen carefully to your guide’s commentary, I don’t want to spoil it for you.

From the first cave you take off on a walk through villages and rice paddies. On a clear day the scenery must be stunning, we hit it in rain, but never fear, mud is lots of fun!

The second set of caves are semi filled with water, the river runs through them. The only way to see them is by tube, pulling yourself along a rope. On our days the water was very high and fast flowing, the guides took an exploratory test run to see if it was safe to enter. Of course they decided to take my boys with them.

They decided that water levels were too high, nobody else got to enter the water caves that day. No big deal, we had lots of fun playing in the river instead.

I should warn arachnophobes, there are spiders in the caves, very close to your face.

The guides were incredibly safety conscious, they kept a watchful eye on everyone at all times.

Lunch on the tour

We stopped near the water caves for a group lunch, meat and vegetable kebabs, fried rice and baguettes. There was quite a wait while our guys built little cooking fires and got everything organised. Water was included or there was beer available to buy ( not recommended before an afternoon on the river!)

The kids mucked about in the tubes and had fun feeding the chickens and ducks.

Kayaking Down the Nam Song River

The main kayaking of the day all takes place after lunch. We retraced our steps back through the village and collected our kayaks ready to head downstream.

If you’re not up to strenuous paddling, don’t worry, the river does a lot of the work for you. Some of us had single kayaks, some doubles and triples, the guys tried to match experience and personal wants to the craft available. I went solo, the boys rode shotgun with their Dad or one of the guides. D was disappointed not to have his own kayak, but he got over it.

There are rapids and obstacles to avoid, there were quite a few mishaps but the guides had their rescue technique finely tuned.

At other times the river is calm and peaceful, you can drift along admiring the mountains towering above you. My boys were standing up on the kayaks dancing to Gangnam Style as sung by our new Korean friends. Gotta love Koreans!

Another warning, there were water spiders that hitched a ride from time to time. Freaking enormous ones.

This is where my photos stop. I packed my camera away in a waterproof bag and gave up for the day, between the river and the rain, it just wasn’t worth it.

You get a chance to take a breather at a riverside bar and restaurant. This is where the guides get their lunch, obviously as pay back for bringing a load of customers along.  We got the chance to play boules and Laos volleyball or just hang out in hammocks with a beer before carrying on down the river.

Some Hints and Tips For Taking This Kayaking and Caving Trip

If it’s wet and muddy your clothes will never be the same again. Don’t wear clothes that you don’t want ruined.

Don’t wear swimwear. You can’t walk through a village in a bikini. I wore linen trousers and a long sleeved top, the boys had long swimming shorts and  rashies or long sleeves. Protect yourself from the sun.

There are mosquitos at the water cave,  be prepared.

Make sure your lifejackets are on correctly, all straps done up, you don’t want it floating away without you if you capsize.

We were given small waterproof bags for cameras and other valuables, they worked great.

The guides tied our sunglasses to our life jackets with string. No chance of losing them.

We took flip flops or crocs with us. You do need shoes. I lost a flip flop tubing and probably would have lost them kayaking had I capsized. Plimsoles would have been better.

We hope you found our post useful, we highly recommend this kayaking tour in Vang Vieng and the cave visit, cave tubing attempt and village and padi field walk made it extra fun. We would certainly pick kayaking over tubing agter having done both several times. Enjoy Vang Vieng, it’s one of our favourite places. 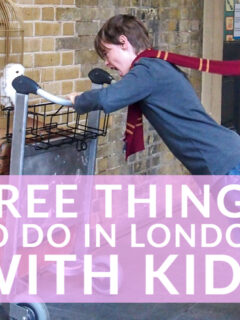 Previous
Free Things to Do in London With Kids 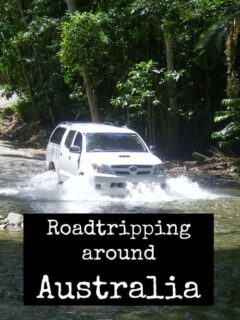 Next
Tips for a Great Family Road Trip in Australia
Click here to cancel reply.

Now Vang Vieng changes a lot. Beside the most popular Viman Vang Vieng Restaurant in town ( at the walking street ) we now have the one more good thai restaurant, VANGVIENG THAI at the Wat Kang Temple street.

During the first week of November, I'll travel from LP to Vientiane with my wife and 2 kids. During that trip, we will stay one full day (2 nights) in Vang Vieng.

We doubt whether we want to drive around during the whole day and we're thinking about doing this only during the morning. During the afternoon we would like to do some activities yourself.

1. When driving around => are Tham Chang Cave and the Blue Lagoon the high lights of VV and is it recommended to do this by car? Any other highlights to do by car?

2. What kind of activities are recommended for the afternoon (also considering we're traveling with kids)? We already did some tubing during our 2 previous summer holidays in Thailand and Indonesia so doubt whether we should really do this again. Is cycling around a nice alternative?

Any tips/recommendations in relation to our 1-day stay and answers to our questions are welcome and appreciated.

A bunch of thanks in advance!!

I've never been to the Blue Lagoon, it doesn't interest me so can't commnt. We enjoyed the kayaking but the tubing was quite dull. The attraction in Vang Vieng for me is in spending extended time there and just experiencing, living the life, being there, there aren't really any big tourist draws it's just a nice place to be. Cycling was fun but the roads out towards the Blue Lagood were just dirt. I don't know what sort of car you'll have, but it's not tarmac, or wasn't 3 years ago. If it were me I'd just explore the town on foot/by bike and for unspoilt rural scenery take the road to the Blue Lagoon. Sorry, I can't remember the cave, it was 17 years ago now, it's on the Blue Lagoon road too if I remember correctly.

Oh my! I couldn't deal with the spiders in the cave or in the water. I would completely freak out. This sounds like such adrenalin rush! What a fun filled day of water activities. I love your pictures. It looks like so much fun to play in the mud as well as the water. What a beautiful place to explore even in the rain. Thank you so much for linking this up to #whatevertheweather x

Such an awesome experience! Thanks for sharing #WhateverTheWeather!

This looks incredible!! Brings back great memories for me of spending a rainy season in Laos 6 years ago.. Can't wait to take my kids there, when they're a bit older! I highly recommend taking them on 'the gibbon experience' in Huay Xai if you're going back - zip wiring and sleeping in tree houses - your kids will love it. #whatevertheweather