Is Wales a Country?

Yes, Wales is a country. But that question is a little more complicated than it might seem. I am from Wales, I am Welsh. We grew up calling Wales a principality. After all, we have Prince Charles, The Prince of Wales, but Wales is, infact, a country along with being part of another country. Let me try to explain

Contents show
1. Is Wales a Country
2. Wales is Part of Great Britain
3. Is Wales a Principality
4. Wales in Not Part of England

Is Wales a Country

Wales was officially recognised as a country in December 2011 by the ISO. That’s the International Organisation for Standardisation. There is no doubt, at all, that Wales is a country. However, there are several factors that still make many people believe that Wales is not a country, for instance, Wales does not have its own Welsh passport. Welsh people simply have a British passport. Also Wales is not represented separately in the United Nations list of members, the United Kingdom of Great Britain and Northern Ireland is. Which kind of makes sense but can also be really confusing!

The United Kindom is a unitary sovereign country. A type of country, if you like, whereas the other four countries that make up the United Kingdom, England, Scotland, Wales and Northern Ireland, are not.

Wales is Part of Great Britain

Great Britain is actually an island. Great Britain comrises England, Scotland and Wales, but not Northern Ireland which is on a separate island. This is why the United Kingdom is the United Kingdom of Great Britain and Northern Ireland. Great Britain is the largest of the British Isles and the ninth largest island in the world. Tasmania, one of the Australian islands, is the 26th largest, interestingly. Australia itself is the biggest piece of land fully surrounded by water, but unfortunately, a continent can’t also be an island, so Greenland takes the prize for biggest island in the world.

Is Wales a Principality

Wales in Not Part of England

Twenty years ago, on my first trip to Australia, and ironcally in New South Wales, an Australian bank asked me to complete a survey. At the end I was asked to tick a box for my country of origin. I was offered “England”. I wasn’t offered “The UK”, certainly not “Britain” the best they could do was England. Lack of knowledge runs deep and is found in surprising places!

Yes, most Welsh people speak English. Some also speak Welsh. Yes, the Queen is our Queen. Wales has its own parliament (Senedd) which was formed in 1999. Devolution has been going on throughout my lifetime. The Welsh parliament makes laws, decides on taxation, and oversees the Welsh Government. Cardiff is the capital of Wales, where you will find the Senedd Building, opened in 2006 on St David’s Day. This organisation was formerly the Welsh Assembly for Wales.

I hope that clarifies things a little. You see, to us, the Welsh people , this is quite important. I personally don’t mind being called British at all, I am. But I’m not English. I can never be English. Now, you can read more about my home country in our Wales travel blog or our huge guide to Wales with Kids. Once borders open for us, I’m be going home. I’ve been away too long. 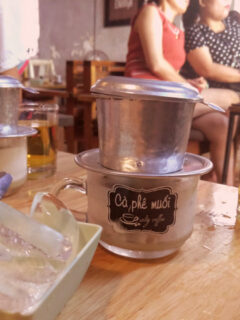 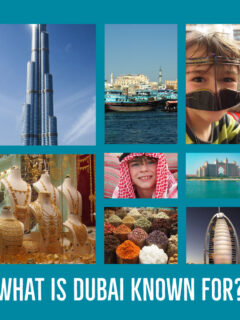 Next
What is Dubai Known For?
Click here to cancel reply.