There’s a Bear in There! Walking in Transylvania

We just got back from a 2 day roadtrip in Northern Transylvania, Romania. It was a lovely couple of days and totally impromptu, that’s how we roll. I published a post about Dracula in Romania a day or so ago and we got inspired to go visit one of Romania’s Dracula themed hotels, around 3-4 hours from our base here in Northern Maramures County. The hotel, sadly, wasn’t great, so no recommendation there, but that part of Romania was absolutely stunning. Everything, visually, historically and in terms of…ahem…wildlife. You probably know we like a little family walk now and then ( we just got back from Everest region) so we found a local walking track, just a little one through the woods, nothing taxing. It passed through an important nature conservation area and there was a boardwalk and such like. Great, we thought, let’s get some fresh air.

First up, Google couldn’t find it, we drove up and down a deserted country road several times before we spotted the entrance into the, rather dense,woods. It surprised us that a walking track would cross a railway line, but on closer inspection, this track looked pretty safe.

So on we walked, it was all very lovely and silent other than our voices and crunching footsteps. The sun streamed onto moss and snow when the tree cover broke. We checked Google, we had a good connection, Romania is really good for that stuff, and we were almost at the next town so continued walking. Just a few hundred metres after this spot we found the thing below. I found it, I didn’t realise at first

Somebody has been walking along here in bare feet! No, actually, make that BEAR feet…

You never saw 4 people get out of the woods quicker!

So we sprint-walked back outta there, making as much noise as possible and just recapping on the ” What to do if you see a bear?” and ” What do bears eat?” information. Calmly, of course.

We figured that as bears eat from bins a lot around here and we’d almost reached the next town, we were probably entering their territory. We’ve never seen a wild bear anywhere in Romania, but we’ve seen their skins used in the amazing local Christmas traditions, visited a bear sanctuary and heard stories of rare maulings not far from home. They’re here, but they’re not a real danger. We love them, they’re freaking awesome!

We’re leaving Romania soon. Back on the road again, heading to Egypt. It’s been almost 20 years since Chef and I met on the Nile, I think it’s time to show the kids. 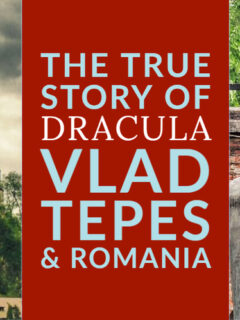 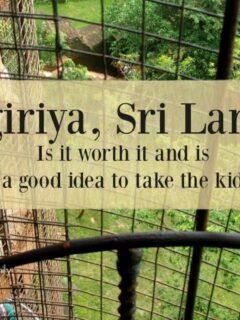 Brilliant to see the bear tracks, a baby too!!!! Wow :D

Wow, what a great set of bear tracks you found! Two summers ago, we had a bear encounter, but it was in an area that just has black bears and so we just loaded our pockets with rocks, grabbed some sticks, and started making lots and lots of noise - "Hey, bears! We're here, but we don't want to bother you, so just leave us alone!" :)

These are European Brown Bears and there are so many about that they have to cull them. that makes me wonder why a bear sanctuary exists, but still. Love the wildlife here, but I'd like to see a wild bear from a car, not in the woods...we know how big they are!