Mongolia on The Trans Mongolian Express

We’ve already done where to go on a RTW. Part 1: Russia. We left off where we boarded the train. So now to the next bit, getting to Mongolia.

A Trip on The Trans Mongolian Express

Before we left the UK we’d become aware that Mongolia was suffering from an outbreak of bubonic plague, spread by lemmings, apparently.  But it’s fully curable these days so we decided to suck it up. How bad could bubonic plague be?

The cabins on the train had four berths and we were sharing with two gentlemen, a Mongolian and a guy that we established was from Minsk. That was about as far as the conversation went with Minsk guy.

He seemed nice, he taught us the Belarusian word for snow, snieh, gave us some of his vodka, and offered us a share of his leg of roast lamb that he’d brought along, wrapped in newspaper.

It sat on the table for the whole trip. He’d get his knife out and hack a bit off when he was peckish.

Mongolian guy had a few more words of English and he played cards with Chef. We all got along pretty well, sharing food and smiles, but mostly not understanding each other at all. I love long train journeys, sitting, observing, watching the world go by, inside, and outside the train.

When we started this classic railway journey in Moscow we couldn’t understand why everybody had so much baggage. It was bizarre, bales and bales of random stuff tied up with string.

These people weren’t just stowing it in their own cabins, they had special keys to unlock and remove panels in the train, in the ceiling, in the walls, everywhere. It wasn’t unusual for a smiling Mongolian to enter our cabin, squeezing a bale of something or other through the door and casually remove part of the roof and stuff the something up there.

They were very nice, but we weren’t exactly sure what was going on and were kind of worried about the legalities. Nobody else seemed too bothered by it, so we adopted the “smile and wave” approach.

At stations they sprung into action, racing to sell their gear to the waiting crowds of Russians, fur coats, light fittings, just about anything, dangled out of windows and doors. Chef, helped out, it seemed like a good thing to do.

Food on the Trans Mongolian Express

There was a dining car, it also sold beer. I didn’t eat there at all so I can’t comment. I expect they served borscht.

We took a few supplies with us, instant noodles, tea bags and nuts. Each carriage had boiling water available from a samovar, so that was easy. We also bought some food at stations.

The train stops for long enough for one of you to hop off and buy some local specialties,  freshly boiled eggs, home-made bread, dried fish, all sorts of things.

Chef scored us some cheese triangles at one point, one of the global varieties, either laughing cow, slightly amused cow, or sullen cow. The cow’s mood alters as you travel around the globe. Beer, too, plenty of beer and, no doubt, vodka, was available on the station platforms.

Mongolia was excellent, a very strange and different sort of place. I’ve said before that I think we travel to find the different. Well, we certainly found it here.

As this was a pre-booked tour, a guide met us at the station and took us to a modernish hotel. We discovered that there were two other British backpackers on the train, joining us for the next few days. We hadn’t seen them on the Trans Siberian/Mongolian at all. They were nice, which was good.

A shower and a change of clothes was heaven after four nights on the train. We had one night in the town of Ulan Bator, enough time to explore, visit a fantastic Buddhist monastery complete with chanting monks, change some money and eat out at one of the many Chenghis restaurants. We got to sample lard on toast, a local specialty, with borscht.

OK, so our Mongolian Ger Camp Experience maybe wasn’t entirely traditional, it was a purpose-built tourist ger camp, but it was traditional enough for us. We were far enough away from civilization to hear the wolves at night and I’d never slept inside anything like a ger before.

Our ger was beautiful, ornately decorated, and warm, thanks to the central wood-burning stove. There were wooden bunks neatly arranged around the edges, with plenty of blankets. A guy came in at night to stoke the fire while we slept. Temperatures outside were incredibly low (minus 10 C-ish), we wore everything in our packs at once and were still absolutely freezing once we stepped out through the door.

Food (borscht) was served in a communal dining building, there were only four of us staying, plus the Mongolian staff. We rode Mongolian ponies and practiced Mongolian wrestling with a small wiry chap. This became very competitive among the rugby-playing, weight-lifting boys but the Mongolian won, every time.

We walked across the steppe with our guide to find an actual, real, nomadic family in their winter camp.  They gave us home-made biscuits and mare’s milk tea. I still haven’t got over that tea.

After two nights in our ger camp we headed back to the station, back to our cozy train to continue our Trans Siberian, or was it Trans Mongolian, experience right through to Beijing. We didn’t get bubonic plague. 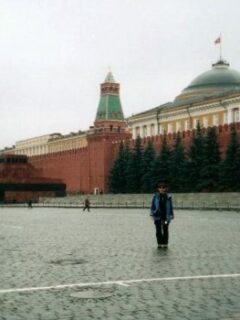 Previous
Where to go on a RTW. Russia. Part 1. 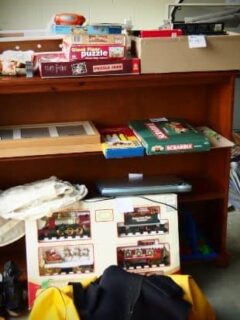 Sounds great Al, how long did it take and what kind of price? Always fancied Mongolia!

Hi Ant, good to see you on here. It was part of our RTW. Do you remember emailing me when we were up on the Pakistan India border and telling me to hold my breath if I saw a mushroom cloud? I remember opening that email, we were in McLeod Gange, visiting The Dalai Lama. Part of that trip. We booked through a company called The Russia Experience, have a look at their website, you can tailor the trip to suit you, so you can have as many stops on the Trans Siberian as you like, stay in Ulaan Bator as long as you like etc. It's a bit pricey, but these days you may not have to prebook a trip, we had to back then, it was the only way to get a visa. You may be able to do it independently which would be cheaper. We'll try to do Mongolia again this time, the kids would love it, we'd go in through China, only one day on the train to do it that way. Maybe see you there...stay out of trouble x

Yep, we did it Lana, I included photos as evidence. It was fantastic and I'd do it again tomorrow, Russia, Mongolia, China, The Trans Siberian, any part of it. I wouldn't be too worried about doing it alone, the Mongolian traders were lovely, it wasn't just the men, they seemed to travel with their wives and families, they were a nice bunch.

wow, you've done this, seriously!! High on my list, but its one of those things I'd rather not do alone!