Why You Need to Travel to North Dakota

The number of US States we’ve visited is pretty meagre by a lot of travellers’ standards, I guess that’s common for those of us based in Australia and the UK. I believe it’s something we should all try and put right!

We adored our USA road trip in 2014, we discovered that the United States is a country of enormous diversity and that each State holds unique experiences and opportunities,  we found unexpected highlights everywhere we stopped.

During our 3 month journey we only made it to 12 of the 50 states, North Dakota wasn’t one of them, but it will most certainly be on our next US road trip.

Here’s just some of the reasons you should consider travelling to North Dakota.

Some Background on North Dakota.

I’m sure all of our US based readers know exactly where North Dakota is, but our readers in other parts of the world may need a little background.

North Dakota sits in the north east of the United States in the Upper Midwestern region. It’s northern border is with Canada, Minnesota lies to the east, Montana to the west and South Dakota to the south. Bismarck is North Dakota’s capital, and its largest city is Fargo. North Dakota is the 4th least densely populated of America’s 50 states, leaving room for plenty of great outdoors.

Natural resources including oil drive job and population growth and provide a good quality of life and local employment levels.

You can find out about life on the North Dakota plains for the early settlers at a number of sites in the State.

Bonanzaville Pioneer Village in West Fargo showcases the lifestyle of North Dakotas first settlers with its collection of historical buildings and artifacts. It’s the region’s largest history based attraction and is run by the Cass County Historical Society. Alongside the buildings you will find displays on the Red River Valley Native Americans, historical vehicles, farms and homesteading.

North Dakota Cowboy Hall of Fame – Center of Western Heritage & Cultures: Native American, Ranching and Rodeo features Western Culture exhibits of the Native Americans, ranchers and rodeo riders and exists to preserve and share the culture and heritage of the region. Find out about the real cowboys and cowgirls of the American West.

The original North Dakota inhabitants included the Arikara tribe, the Assiniboine tribe, the Mandan tribe, the Chippewa tribe, the Hidatsa tribe and the Dakotah and Lakotah (Sioux) Tribes tribes.

North Dakota takes its name from a Siouan Indian word meaning friendly or allied, relating to the Dakota Sioux.

There are many reservations that welcome visitors today or you could explore Knife River Indian Villages National Historic Site to find out about the lives of the Hidatsa earth lodge people. Step back in time inside a reconstructed 40 foot round lodge, built and furnished using traditional materials, or see the remains of large earthlodge villages in the park, the depressions left by these simple homes and the midden bounds created by their residents are still visible.  The site also features a museum and 15 miles of trails.

If hiking, biking, horseback riding or canoeing are your thing, you’ll find a beautiful spot to get outdoors in North Dakota’s national and State Parks. If you’d like to enjoy nature’s beauty from your car, you can do it that way too and just enjoy the drive.

Theodore Roosevelt National Park was established by President Roosevlt to protect and preserve the North Dakota Badlands, an area which was dear to him. He famously said of the region “Here the romance of my life began.”

Most foreign visitors probably wouldn’t know that President Roosevelt was a driving force in conservation efforts in the United States. He founding the Forest Service and indirectly, the National Parks Service, and set up the first federal game preserve. More commonly known is the story of how the Teddy Bear came to be named after the president, if you’d like to read more about the hunting trip and the President’s compassion, click through.

Lake Sakakawea State Park  is the perfect spot for aquatic fun, including all forms of boating, fishing and scuba diving. The lake created by the Garrison Dam is vast at 178 miles long and its shores provide plenty of opportunities for camping, hiking and bird watching.

In North Dakota you will also find cultural events, excellent dining, good hotels and a selection of museums, there is something to keep everyone happy in this fascinating state.

This post is brought to you by North Dakota Tourism 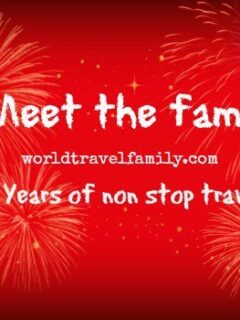 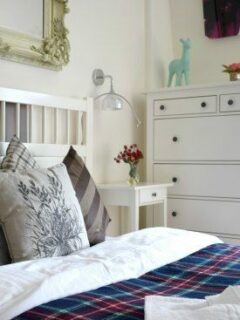 Next
Cheap and Budget Family Accommodation in London
Click here to cancel reply.

Sorry, I just really have to correct this because I cringed when I read it. North Dakota is nowhere NEAR the Northeast. It's far west of the Mississippi River, which is used to divide the US into East and West. The Northeast encompasses New Jersey up to Maine. Ohio begins the Midwest region, which continues until the Dakotas.

So North Dakota is definitely NOT the Northeast, which is very clear from looking at any map of the United States, such as this one (North Dakota's abbreviation is ND):

Never been to North Dakota and it was never in my travel list. Well, when I go to the US, it's usually for work purpose and North Dokota is never in the list of the conference cities. But your post did highlight lots of interesting place and activities over there.

I never knew anything about North Dakota until this week Zai, now I want to go!

I honestly never considered North Dakota as a travel destination. I always think of it as cold, (like in the movie Fargo). Your post does an excellent job of highlighting some of the great history of the state. We just might have to add it as a stop on some future trip west.

I haven't seen Fargo John, I knew nothing about it,I didn't even know where North Dakota was. Thanks for reading.

I'm a United Stateser and North Dakota is still on my list of states I need/want to visit. I've been to the South Dakota Badlands, but embarrassingly, I don't even think I realized that North Dakota as its own version. I think I've been waiting for Mr Excitement to join me in my RV fantasy, but realistically, I probably should realize I'll have to get to North Dakota some other way.

Suzanne, I'm so rubbish at the Geography of the USA you wouldn't believe! I only know the states I've been to, which is now, maybe 15-20. I really should try and see a few more and North Dakota looks fascinating, particularly for the Native American history.