Parenting On The Road

This post is about learning to be parents on the road. How we handled parenting children while travelling, without routine, without consistency, schedule, or any of the things the parenting rule books will preach. We believe in throwing rule books out of the window.

This is an extract, edited, from our e-Book, The Seven Year Ditch.

Contents hide
1. Learning To Be Parents On The Road
2. Family Life While Travelling
3. Ways To Parent While Travelling
4. Safety
5. Routine and Consistency
6. Know Your Kids’ Needs
7. Making Friends and Socialising For Digital Nomad Kids
8. Worldschooling
9. Parenting

Learning To Be Parents On The Road

This section is the most difficult to write and honestly, I’d rather leave it out because it’s a non-issue to us. It’s also the part people ask about the most.

Somehow people expect there to be problems with travelling with kids and they probably don’t believe me when I tell them it was no problem at all.

Because we’ve always done life this way, nothing much changed other than dad was around all the time. All four of us being together was no problem at all, other than, one-on-one child/parent travel is easier sometimes. I’ve read, often, that families have struggled to adjust to being together all the time. I can’t help you with that, sorry. It wasn’t our experience.

It wasn’t a problem but kids want your attention. If you’re talking about adult stuff, boring stuff, like passports, visas, and currencies, the kids don’t have your attention.

Divide and conquer is a good strategy to pull out sometimes.

One-on-one travel is easy in terms of child management and contentment.
However, there’s no way I could drag these two around the world without Chef, no way at all.

There’s lots to be done and one adult always has to have an eye and an ear on the kids. The other adult can get stuff done.

Chef is our fixer. He’s the braun, half of the brains, and the workhorse behind travel logistics.

Ways To Parent While Travelling

No child comes with an instruction manual and no two kids or parents are the same.

There are a million ways to parent and most of them work out fine. I’m not presumptive enough to tell you how to parent but I can tell you what worked for us and our kids in a full-time travel environment.

We always aimed to be present and available. There was very little by way of me-time or couple-time but a whole bunch of us-time.

Yes, we thought about safety and yes you should too. We never thought that our kids were in greater danger in the countries we visited than they would be at home. Not even in El Salvador.

As kids grow they get sick, they have accidents, where they are doesn’t make much difference but supervision does. We supervised the heck out of them.

We always had a plan if they got lost and we were sure they knew our plan. That is in our post on child and toddler safety, but briefly, it was, stay put.

We did a parental risk assessment on everywhere we stayed. We checked for glass, steps, drops, balconies, windows, and dodgy electrics. If a lodging of any sort had anything we felt was unsafe we wouldn’t stay.

We always had a fire plan, we preferred low-rise places to stay with an option to get out of the window in case of emergency. We always shared rooms with the kids and never left them alone.

Near traffic or water or in crowds we held hands tight.

On public transport we were more easy going. Not using car seats didn’t phase us and I think that if that’s your worry before you set off, you’ll soon get used to not being that cautious. We did find cycle helmets for them as often as we could, or, if we thought there was real risk, just didn’t cycle.

You do have to be a vigilant parent to travelling kids but you have to be that way with kids anyway. It wasn’t an extra strain or burden and they injured themselves less on the road than they had previously at home or in school. I always felt they were safer with me, anywhere, than without me, anywhere.

During our years on the road it was unusual for any two days to be the same. We spent extended periods in London, Vietnam and Romania and during those times, yes, things became predictable and steady. The same thigs happened day after day.

Were the boys more happy during those times? I don’t think so. Were they “easier”? No. Absolutely not. Parenting was easier when we had lots to do and lots to do begs variety.

The kids always went to bed early at the same time as us and mostly got up when they were ready. There was no consistency even in bed-times. How can there be when every day is different?

There was no bedtime routine whatsoever and it wasn’t an issue. There were few rules. I posted before about how my kids grew up with very few rules. It’s a big part of how they start to become masters of their own lives.

Now I’m in bed by nine and my teens are night owls, it still works. We’re still happy doing it our way.

There was always a plan. After that first day in Kuala Lumpur when I got off a train without a plan, I learned to have one.

My child doesn’t appreciate that mummy quite likes aimlessly wandering and usually isn’t at all phased by being lost. He is, so we have a plan to keep him happy.

Know your kids’ needs. One of ours needed “stuff” the other is as minimalist as I am. We didn’t try to change this inconvenient trait, we supported it. We carried 16 cuddly toys and a store-full of Lego around the world for years no matter how difficult it was. Carry-on only travel came later.

You have to put the kids first in everything. Make sure they’re comfortable, well-fed, happy, and feel loved and secure. This involves your time, plus lots of ice cream, along with doing things they enjoy as often as possible.

My kids enjoy card games like Monopoly Deal and Uno so they were always in my bag to pull out at the dinner table or in airports. I hate playing games, I hate playing football, but I did it for them.

Make everything as easy on them as you can. If they’re enjoying something never drag them away, unless you have a plane to catch.

Also, listen to them, really listen and value their opinions and wants as much as you value an adult’s. Be their friend, playmate, and companion. An experienced travelling mum emphasised this, our lovely friend Penny in Romania. She raised three great kids on the road grown now, she always said, be their schoolyard buddy. Our kids adore Penny because she treats kids as equals.

People often ask if my boys played with local kids or other travelling kids on the road. No, neither. Very, very rarely.

If they did interact with other kids they usually had to be English speakers. I don’t know who makes this stuff up about kids not needing language to play, it’s rubbish.

Maybe it works for toddlers but not for older children. That thing about kids being natural language sponges, that’s a myth too. They have to want to learn. I came out of Romania after three years there speaking way more Romanian than the boys.

I wanted to learn, they didn’t. You can’t force a child to learn if they don’t actively want to. They picked some up by assimilation, they picked up a little of most languages, but they never tried to memorise as I did.

Did they make new friends on the road? Yes, several, a handful of similar aged kids plus a whole bunch of adults who I hope will be their friends forever. But mostly it was just us.

To make real friends you have to be in one spot for months and the whole family has to click. It doesn’t happen often.

When you’re travelling full time you’re busy. It’s not like being at home where you have empty weekends or school holidays, even after school doesn’t exist. It’s a far more full, active lifestyle and I don’t think they ever had time to wish there were other kids around.

Possibly they never thought that way because they’d never been in the school environment. I don’t know, we were too busy going places and doing stuff and there wasn’t a control group for me to test this scientifically.

If we did have extended quiet periods there were books to read, computers to use, and school work to do. We were never mean with the screens and a big chunk of their proficiency in many things today is because of that.

This freedom to use and master technology has absolutely been a big chunk of their worldschooling upbringing.

This thing, worldschooling. It happens every day with minimal effort. They went places, saw things, and found out about things. They are worldly-wise and have experiences in their data banks that you couldn’t even imagine.

They’ve pushed themselves and found that they’re capable of anything. They’ve experienced hundreds of ways of living and diverse cultures.

I’m not really the sort to think much about “parenting” as a verb. I simply went about being mum, the source of love, comfort, and support. I wanted my kids to have happy, joy-filled, mind-expanding childhoods and I think we achieved that. Consistent bed, bath, story were irrelevant once we hit the road because getting them to sleep at a certain time every night wasn’t an issue. Really, I’m not exactly sure what “parenting” is. It’s a little alien to me. I read back through this post wondering what I’d missed and realised I’d missed so many things. Parenting is your whole life when you have kids and, like education, can’t be broken down into boxes. At times I’ve been a lousy parent, just like you have, but my intentions were good and you see, I’m human. Sometimes I mess up. You tell me, in the comments, what does parenting mean to you? 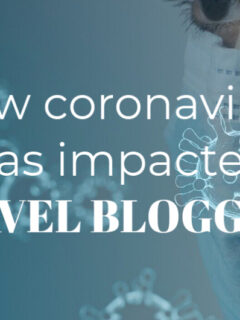 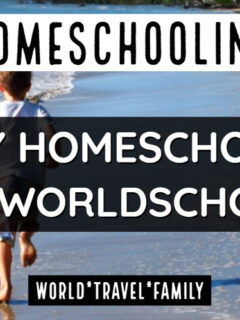