Today was truly terrible. We left Breb at 9am, another perfect morning in our country paradise, for a 2-3 day drive to London. The distance from Breb to London is roughly the same as that from our home in Port Douglas to Brisbane airport, we would do that drive in one 24 hour sitting almost every time. Driving across Europe somehow feels longer. Maybe something to do with having to cross 5-6 countries rather than simple traversing our home state. Last time we did this UK to Romania drive we took over a week over it, this time we’re flying through, if the gods are with us.

The first couple of hours were pleasant as the mountains and fields of Maramures rolled by. Women in headscarves and skirts built haystacks, bare chested men wielded scythes through flower-filled meadows as the June heat built. Shortly after crossing the border in Hungary, we ran out of paradise and hit the Occident. No more quaint villages and picturesque smallholdings, just endless crops, large scale mechanised farming and wind turbines waving their monstrous arms above fields that hadn’t seen a scythe in a century.

Modern autobahns stretched on and on as we sped cross-country skirting Budapest. The sun blazed through the windows turning our car into an oven. We have no air-con and at 32º C the blowers just weren’t cutting in. By the time we opened our final water bottle at around 4pm it was hot enough to chuck in a tea bag and make a cup of Earl Grey. Yes, I remembered my tea bags and coffee this time.

Our destination in Hungary was a nature park on a lake near the town of Gyor. A rustic cabin not far from the Austrian border. As we left the motorway and descended the slip-road the relief was immense. No more cooking in the car, we could stretch our legs, maybe swim in the lake.

Then disaster struck. The 4×4 just stopped, right in the middle of a junction.

There was some pushing, some other motorists tried to help but she just wasn’t going to be coaxed back to life. She was hot, tired and fed up. Rather like the rest of us.

We know she has this problem and we know the only cure is to let her cool down. Chef checked Google Maps, our holiday park wasn’t far away, so the boys and I set off to walk while he waited in the shade for her to cool.

3/4 of an hour later we found Achilles Park. A lovely spot full of families enjoying the lake and surrounding entertainments. We checked in to our cabin. All good, nice enough at 61 Euros. We 3 were dehydrated to within an inch of our lives so headed to the bar to grab a Cappy each. They wouldn’t accept credit cards. Neither do they speak English.

So I just told them,

” This is what is going to happen, I am going to take these drinks, you can put them on the bill and we’ll pay tomorrow.”

And with that walked off, my Jedi mind trick complete.

I’d had enough for one day

Once we’d somewhat recovered though the joy of cold sugary goodness I commandeered another 2 bottles of water from the bar and headed off to find Chef. One bottle was for him, the other to pour on the rogue engine part.

As I cleared the corner there he was, driving Sexy, big grin on his face and slurping an equally wonderful sugary beverage.

Ever resourceful, he’d commandeered a tow which had facilitated a jump start. Before that he’d had time to wander over to Decathlon, buy a drink, a couple of extra arrows for D and check out the triathlon gear.

Boo tells me they have a real bear skin in the bar and the kids are itching to jump in the lake. Chef has gone for a hike to get some cash.

All is well for tonight, it’s almost beer o’clock, they have a Hungarian restaurant on site and tomorrow is another day.

Hopefully not a long, hot, tedious one. We don’t even know where we’re going tomorrow, we haven’t decided.

I don’t think I’ve ever been so hot for so long. But it was OK in the end. I said to Julia yesterday. (Julia works at the hotel in the village, is Romanian-gorgeous and is fluent in 3 languages),

” What’s the worst that can happen? We break down.”

Well the worst did happen and it’s turned out fine.

For the bunny fans, if you’re wondering how Bun Buns, Tuft and Fluffy are, they stayed behind in the village. Our landlady and 3 generations of her family have a real soft spot for them so they’ll be well-loved. I was really sad to leave them and even more sad to leave Breb. 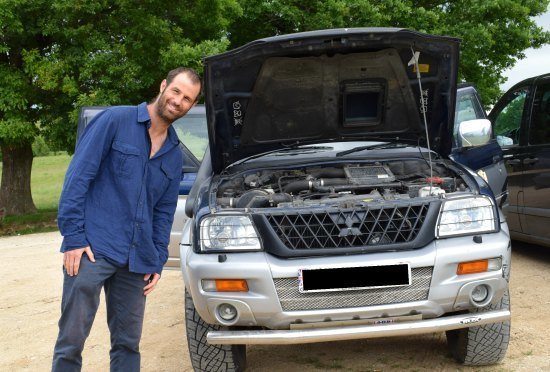 Previous
Who Are You and Who Reads Blogs? 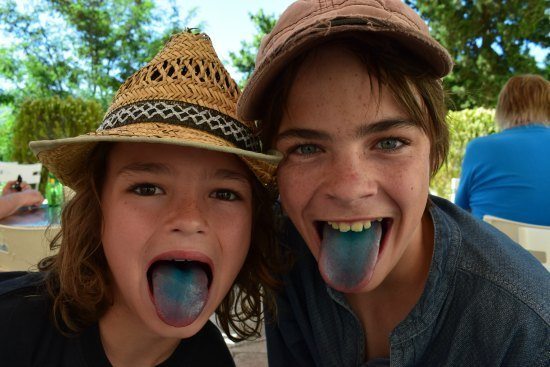 Next
3 Years of Travel. Thoughts
Click here to cancel reply.

Breaking down was always my husbands biggest fear when we were travelling in our camper van, but you know? it' all part of the adventure! There were days we couldn't drive far in it because it was playing up, so we just stopped earlier and took life a bit easier. Thankfully it never completely broke down though!

Well,we knew we had a problem, if it weren't for this hellish weather we would probably be fine. I hate the heat and so does the car!

James has always been able to get out of scrapes in life! with a smile!

Oh what a day indeed! would love to take the kids as well soon to show the our Romania and beautiful Maramures! With a toddler & newborn we plan this year Bucharest, Brasov and around but hopefully soon on a summer holiday will venture further as you did. Greetings from grey London, pls send some sun in here ;)

Don't normally check this page, fab tale there is a travel book in you old friend????

Multumesc even older friend. I rarely do these sorts of posts these days, but did some research last week and discovered that most of the email subscribers don't follow Facebook,so they're missing a lot of the story. Time to put that right.

sounds like a dreadful travel day for sure!!! I'm sure hoping tomorrow is much better for you!!! for me "travel" days with a 4 and 2 year old (and a husband who suffers from anxiety) are more about "surviving" the day, by any means possible! it sound like yours was conquered in the end! love following along in your adventures!

Funny thing Lindsay, my anxiety has been TOTALLY gone for about a month now. I'm so relaxed it's weird. Multivits? Iron? B vits? Hormones? No idea.