We live in the tropics, Far North Queensland, we get horrible tropical diseases, more so, because we have children, adorable little germ factories that they are.  Today’s disease is impetigo or school sores. It’s so bad I’m going to add it to my list of travel horror stories, I didn’t even have to leave home for this one!

One of the many disgusting things my son used to pick up in school was school sores. Nits and worms were other joys. A look at school sores, what they are, and what to do about them.

So not much grosses me out and I’ve got a fair bit of knowledge about all things medical. But I still stuffed up on this one.

This week my son scraped his elbow, it looked a bit manky. Then a wet, oozy sore appeared on his hand. Then one nostril went all funky.

Then the other nostril, then, only a day later, his eyes were bright red and surrounded by small skin lesions with the characteristic golden crust.

So far I had slapped on a topical antibiotic cream (prescription only) and tea tree oil, they weren’t doing much good, but I hate giving the kids antibiotics. Once his eyes looked like something out of The Exorcist I knew it was time to visit the Doc’s.

School Sores Are Hugely Contagious and Difficult to Treat

This is the 3rd time we’ve had it here. D has had it twice, it’s Boo’s first time. This time it’s worse because I HAVE IT TOO.

It’s brought home to me how nasty this thing is, I feel terrible and it hurts.  Those poor children.

It’s horribly contagious, it’s painful and makes you feel pretty ill and is so far from pretty it’s not funny.

Now, I have heard of people getting it in the UK (we’re what you’d call Poms) but nothing like here. It’s vicious, spreads and worsens rapidly in the humidity ripping through schools at an alarming rate. That’s why they call it school sores. Hospitals and drips are a possibility if you don’t start treatment quickly enough.

It, like nits and worms, comes about because hygiene standards in schools are absolutely dire.

My reason for this post, other than to have a good whinge about how crap I feel and how much money this is costing me, (there are no free medicines here, not even for kids), is to warn you travelers out there in the tropics. Particularly the ones with children.

If you have any little cut, mozzy bite, or scrape, get some Betadine, antibiotic cream, or tea tree oil, or something, on it straight away and get it covered up. Don’t swim, don’t scratch or pick. If it starts to look nasty get yourself off to the doctors for some antibiotics, school sores are difficult to treat once the infection gets established.

Wash your hands, all the time, don’t share towels, wash everything, particularly teddy bears, I think Boo’s bear is the root of our problems, he shoves the thing up his nose and rubs it all over his face.

Erythromycin works, usually, (see update at end of post), some doctors give less aggressive antibiotics, and they don’t do much (in our experience). I’m not trying to hand out medical advice, just give you our school sores story.

I have successfully got rid of tiny school sores with antibiotic cream, but once the infection gets established, it’s game over.

This thing is NASTY. The bacteria that cause it hang out in your nose, so stop picking your nose too.

Tropical ulcers, hookworm, Dengue fever, we’ve got ’em all here in paradise. My kids have had Giardia, and nits and worms are rife. I just want to warn you, that’s all, to be vigilant. Just because you’re not on the Indian Subcontinent, don’t be blase.

Shiz happens all over the tropics, in Australia too. You may also like to look out for leeches, ticks, and drop bears.

So, on that happy note, goodnight, I’m off to sleep with my itchy, sore, grumpy 6-year-old. On sheets that I’ve boil washed twice today to decrease the risk of re-infection.

After washing and drying ourselves with fresh single use towels, rubbing off the scabs so that the antibiotic cream can get underneath. It’s an absolute swine, you do not want Impetigo or school sores ever.

This is extremely Not Nice. Other treatment we have been trying include Manuka honey, black cumin oil (said to be great for staphylococcus), cinnamon oil, lots of raw garlic and a generally brilliant diet. It didn’t work.

School sores or impetigo can be very tough to get rid of, I hope you don’t get it!

Update 2. Everyone in the family has at some time in the last 3 years, had repeat encounters with school sores.  The kids had the very typical nose presentation again and my husband and I have had isolated skin lesions. You can get school sores more than once. However, now we know exactly what it looks and feels like, we can treat it immediately with antibiotic creams and stop the rapid spreading. We spend a lot of time in the tropics and it seems it is very easy to pick up school sores there, particularly from other children.

Finally, we pulled my son out of school to homeschool, and nobody had nits or worms ever again. We had one minor outbreak of school sores in Thailand, but prompt treatment got rid of it almost immediately. 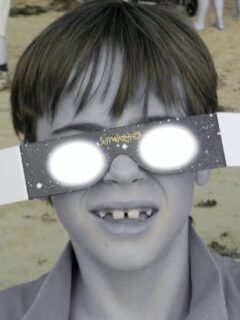 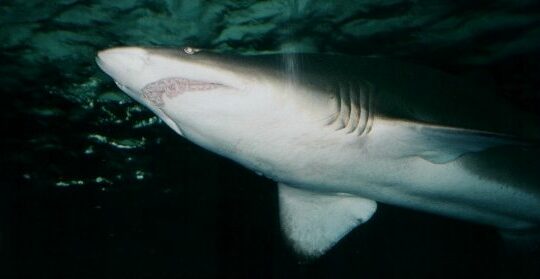 Next
A Scary Scuba Diving Story - The Yongala
Click here to cancel reply.

I know this is a long while after but I am glad I found this. I work in a school and so about 2 months ago I got what I thought was ingrown hairs, but once they started spreading I decided to go to the doctor and what do you know? School sores! My doctor gave me a set of antibiotics (a one week course) and said if it didn't heal after that take the next course and it will be gone. Now it's been another 2 weeks after the second course and they are STILL HERE! So frustrating. But now I'm not sure if it is actually school sores or if it is just sweat pimples (since it's really hot at the moment and I do tend to wear tights) and the only place infected is my leg and lower thighs. Anyway I'm going to the doctors tomorrow so I'm hoping I'll be able to fix this up soon. Didn't really need to comment on this post but just wanted somewhere to rant.

I feel your pain Terri!

I am wondering how to get rid of the scars afterwides?

Hi Alena, we didn't have any scars at all, everything totally disappeared.

Please tell me that everyone is all better. One of our sons had skin issues as a baby. When he was just several weeks old, he got impetigo behind his ears. We live in Philadelphia in the Mid-Atlantic United States. He was born on August 2nd and Philly summers are hot and humid. When he was 4, he came down with coxsackie virus which is basically a human variant of hoof and mouth disease. Poor thing. (He's now 25 and handsome ;-)

I think so Suzanne, but Boo just had another sore up his nose which which may have been impetigo but it has healed up with colloidal silver. I need to get him swabbed again. I was just talking to an adult friend who has Coxsackie, she was very sick indeed, rather like glandular fever. My boys had hand foot and mouth, I don't know if it's the same thing, but they were hardly affected.

UPDATE: Boo finished his course of antibiotics and still wasn't completely clear of the school sores. They are still lingering, just one or two tiny sores, I think his immune system will finish off the job. I'm still boil washing bears, towels and sheets. My two lesions had just healed by the time I finished the erythromycin. School sores doesn't scar at all, but was very slow to respond to treatment. Please can we not get this again!

hello, just wondering if you are all completely cleared now? i am hoping you are considering its 4 months after your last post, lol. meaning theres hope for us!! My 2 boys, 2 and 3 yrs old, have had school sores for 6 weeks now. 4 lots of antibiotics and still no luck at clearing them. strange thing though, nobody else in the house has them, and i have an almost 8 yr old daughter who goes to school!!! :-/ very frustrating! They also have a temperature with it and just all round feeling poorly, not eating etc. Did you experience this as well? my 3 yr old has had it on the top of his leg just under his bum cheek and on his chest and nose. my 2 yr old has had it only on his lower back, bum, and legs. with my 3 yr old having it on his nose, how the hell do you get a 3 yr old BOY to stop picking it??? hahaha, i know im laughing, but if i dont i will cry! I too was washing towels and sheets daily and disinfecting toys. but the second doc i saw told me there's no point in doing this. I was also washing sores twice daily with bettadine and applying med honey, then second doc referred antiseptic hospital grade soap and said only wash them once a day for the next 3 days and then every 2nd day until sore is gone. The sores go away with the antibiotics but then a few days later they re-appear. I came searching the world wide web for answers as i am very close to my wits end! Seeing your family suffered for a few months has given me hope that this is a normal occurance for these horrible sores. I am considering taking my boys to PMH, the childrens hospital over here in WA. but if you are saying it is normal for it to hang around for so long, maybe i'll wait it out a little longer :-/ any advice or feedback will be greatly appreciated. Thank you :-)