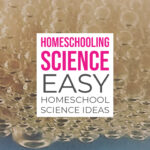 Most of us have a kitchen of some sort, right? Well, you can use your kitchen to teach your kids science every day. I don’t mean lecturing them, making notes and doing experiments that have to be written up. Just talk to them, constantly, about what is going on right in front of them, all the time. Sometimes maybe buy them a few props and science kits, you can find some great home science resources in this post, but much learning comes from every-day chatter. I’ve found that it is the quickest and best way to get all sorts of useful knowledge cemented in those little heads. Some of our favourite kitchen science ideas, demonstrations and experiments are in this post along with some simple, affordable science kits and equipment for home use.

Contents show
1. Homeschooling Science Ideas
2. Physical and Chemical Change
3. The Science of Frying an Egg
4. Decalcifying An Egg. The Rubber Egg Trick
5. Or How About a Rubber Bone?
6. Acids and Bases in the Kitchen
7. Fun With Yeast
8. Items You Need For Kitchen Science
9. Home Science Kits
10. Related Posts:

So, arm yourself with a bit of background and a few cool tricks and lets get the science started, here are a few simple kitchen science ideas:

A physical change is concerned with energy and states of matter, no new substance is produced. Physical changes can be caused by forces, motion, temperature or pressure.

Water may become ice but it is still H2O even though it looks different, it has simply changed states. Physical changes can be reversed (in theory).

Lets give you a few kitchen science examples of these changes, turn it into a game “What sort of change is happening here kids? can it be reversed?” Keep it light and fun and the kids will love it and think they are really clever, that’s exactly what we want .

Pop some water in a plastic cup in the freezer, it becomes ice, it has changed state from liquid to solid, this is a physical change. It can be reversed by giving those water molecules some of the energy you took away from them by cooling. ie. warm the ice, increase the energy, you are back to water. This is a fully reversible physical change.

Chop some vegetables, they are certainly changed, but it’s physical, the carrot is still a carrot, it hasn’t become a cucumber.

Dissolve some salt in water. It may look like the salt has disappeared and a new substance has formed, but it hasn’t. Stand your salt solution in the sun so that some of the water evaporates ( the heat from the sun gives the water molecules extra energy to change state from liquid to gas) and the salt crystals will be forced out of solution and reappear. They were there all the time. It’s a physical change.

Now cook an egg. What has happened? Could you reverse the process? No, the protein molecules have changed structure, become denatured. It’s a chemical change.

The Science of Frying an Egg

An egg is made up of the yolk and the white, the albumen. The albumen is a solution of proteins in water, proteins are made up of long chains of amino acids. On heating, the protein chains break, and recombine in a different form. This stiffens and whitens the albumen, the process is called denaturation. When you cook a protein so that it stiffens, any protein, you are denaturing it, changing it’s structure. Different methods of cooking: boiling, poaching, frying, give basicly the same result, the proteins are denatured through heat energy. But why does a fried egg taste different to a boiled egg?

Frying is cooking at a very high temperature, above boiling point, without the presence of water. Water in the food quickly gains enough energy to evaporate and leave the food drier and crisper. At the same time a tasty crust is formed by proteins ( Maillard reactions) and sugars ( caremelisation) being heated to high temperatures. This is why fried food is crispy and brown. The inside of the food can stay moist as water is trapped and the food is cooking more quickly at the high temperatures produced in frying.

Take a raw egg, in its shell and place it in a glass jar filled with white vinegar, watch and wait!

Almost immediately bubbles will start forming on the outside of the egg shell. As more gas bubbles appear the egg’s buoyancy increases and it will float. Within 24 hours the egg shell will have completely dissolved, revealing the pale, translucent membranes that are now the only thing protecting the egg. The egg will feel soft and squidgy, you may even be able to bounce it if you do so very gently. The egg will be fractionally bigger as some of the liquid passes through the membrane causing it to increase in size.

No need to worry about the heavy scientific equations for little kids. It’s just fun for children to see the change in the egg, the gas bubbles given off ( carbon dioxide, CO2) and to understand that a chemical reaction involving an acid is taking place.

The soft egg kitchen science trick is a demonstration, but you could easily turn it into an experiment, we just have to introduce one test parameter, keeping all other parameters constant.

For example, you could use 2 eggs, as close to identical as possible, identical glass jars and identical volumes of vinegar. You could introduce the variable factor of temperaure, put one jar in the fridge, one in a warm spot. I would predict that increased temperature would make the reaction progress more quickly, we can test this prediction using an experiment.

Record the temperatures and ensure they are constant.

For the test to be valid, all external factors should be the same, neither jar should be covered or stirred and both must be in the dark if the fridge is dark.

Use your observations to show if this chemical reaction proceeds more quickly with heat. Does it?

This is the scientific method, the basis of all good science.

Or How About a Rubber Bone?

This is basically the same demonstration, but using a bone instead. A raw chicken thigh bone is ideal.

I used to work in a pathology laboratory, this is what real scientists do to make bones soft enough to cut thin sections from, so that we can make microscope slides.

The bone is decalcified by the acetic acid, that means, the calcium is taken out. The bone will become progressively more soft and rubbery.

Now is a good time to explain to the children that they need to eat foods with plenty of calcium or their bones won’t grow strong and hard. Who needs bendy legs!

Acids and Bases in the Kitchen

No need to buy chemicals, you have plenty of acids and bases sitting on your shelves already. If you can’t get your hands on some Ph (Litmus) Paper or indicator solution, there are natural kitchen indicators of pH.

Turmeric changes from yellow to red at pH8.6, if you don’t have turmeric handy, there should be enough in your curry powder. Beetroot changes from red to purple and red cabbage from blue to red.

You have strong bases in soaps and bleach, strong acids in vinegar and citrus fruits.

You can use this experiment to demonstrate that ordinary baker’s yeast is a living thing.

Half fill a plastic bottle with warm water and add your yeast, a sachet or a heaped teaspoon. Now add a couple of teaspoons of sugar. The sugar is food for the yeast, all living things need some sort of food. The dry yeast will begin to become active on contact with water and a food source.

Stretch the balloon a bit to make it soft and pop it over the top of the bottle.

Watch and you will see that the balloon begins to inflate.

The yeast, a tiny microorganism, a member of the fungus kingdom is producing a gas, carbon dioxide (CO2). Each molecule of carbon dioxide is made of one carbon (C) atom and two oxygen (O) atoms.

It is this process that gives us light, bubbly bread, the yeast mixed into the flour produces little gas bubbles, the heat of the oven kills of the tiny organisms but the gas bubbles remained, trapped in the hardened, cooked bread dough

If you can keep this sort of patter up every day your children will quickly turn into expert kitchen scientists and the knowledge will stand them in good stead for all their future scientific endeavours. I’m sure you can think of even more ideas, these are just some of my favourites.

Items You Need For Kitchen Science

I’m sure we alll have the basucs, vinegar, bleach, baking soda and glass jars ( recycled hopefully!) The other items that are very helpful for demonstrating scientific ideas in your kitchen are these. Just click through to buy and get them deliveres. Most are very cheap

It can be exhausting sometimes, to focus on explaining all day, every day, but kids are naturally curious, it’s how they learn. Maybe arm yourself with some great science books, you can look at them together if you don’t know the answers to any of their questions. Or invest in some science toys, kits and games if they are keen and want to take their science further. You don’t have to do formal experiments, just let the kids play around with whatever they have, nothing is going to explode, much. With very young kids you can also introduce some messy play and sensory activities in your kitchen, see our homemade snow made from regular household items here. 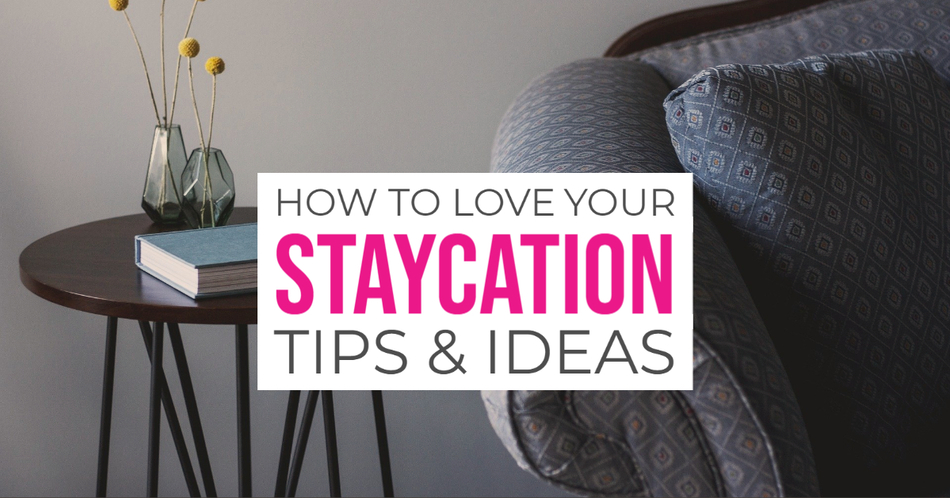 Previous
Staycation Tips & What Is a Staycation? 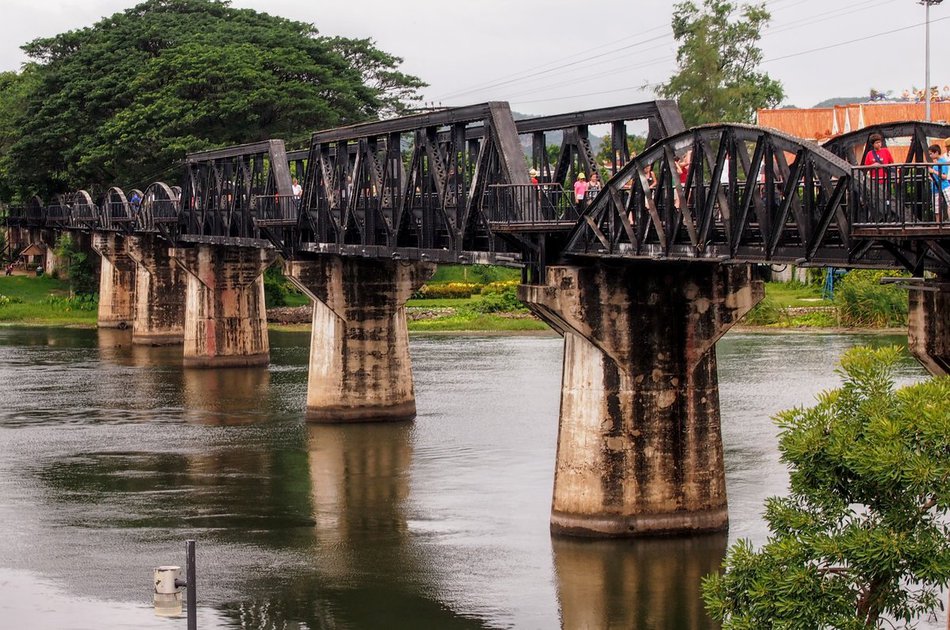 Next
Things To Do in Kanchanaburi
Click here to cancel reply.